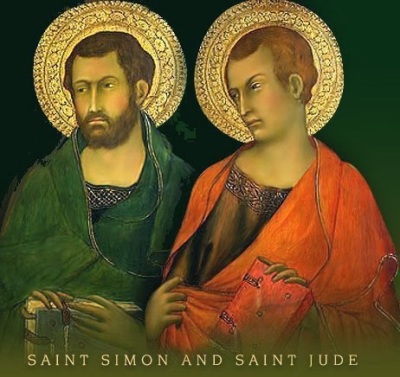 James Lloyd Breck was known as the Apostle to the Wilderness.  In the very early days of the church he traveled to foreign countries like Wisconsin and California.  In 1842 with two classmates, and under the direction of Bishop Jackson Kemper, he founded Nashotah House and was truly one of the great missionaries.
Many years later, on a gray autumn day in October of 1897, the missionary council of the Episcopal Church gathered at Nashotah House to lay to rest the remains of James Lloyd Breck.  In attendance were the students of the House, clergy, and several Bishops including, Bishop Daniel Sylvester Tuttle – The first missionary Bishop of Montana.  It was Bishop Tuttle that spoke the words at the graveside following Communion in St. Mary’s Chapel.  Bishop Tuttle said:
There was a Grecian race in which the runners were charged to care not for themselves, nor indeed for each other, but for the torch they bore.  As one and another, wearied and overcome fell by the way, he held aloft his torch, handing it to a comrade who seized it quickly and sped on.  So with the torch borne by the Christian man.  It has a triple flame, God’s truth, Christ’s love, men’s good.  We are to hold it up and pass it on.  One or another of us is soon to fall in the hard-trodden, dusty path.  But never mind us, it is dust to dust, though it may be sacred dust that falls, and God will take care of it.  Do not mind us; seize the torch, we pray you, and push on to the blessed goal.
Now, at this point you might be thinking to yourself, I thought we were celebrating the feast of Saints Simon and Jude not James Lloyd Breck the Apostle to the Wilderness, and you would be correct.  However, this statement of Bp. Tuttle’s seems to speak perfectly to these two obscure apostles: Simon we know as the Zealot, but we’re not quite sure why, and Jude who was surnamed Thaddeus.  After that, it’s all legend and speculation.  Honestly, we have no idea who these two were and it would not surprise me if that doesn’t please them immensely.
Simon and Jude were men who recognized that their lives were not their own.  They belonged entirely to God and the work of his Church.  They knew that it was not about them.  As Tuttle said, it was about the torch, the gospel message of Jesus Christ, and the blessed goal.
We should all be of this mindset, because it is not about us either – those made of that sacred dust – instead it is about the torch with its triple flame: God’s truth, Christ’s love, and men’s good.  We must learn to set aside our own agendas, desires and plans and to take up this torch that has been passed on from all the Simons and Judes, Marys and Theresas, and Brecks and Tuttles.  If we do so, then one day they will look back to us and say that we also seized the torch, held it high, and pushed on to the blessed goal.
St. Jude concludes his epistle by declaring: To him who is able to keep you from falling and to present you before his glorious presence without fault and with great joy– to the only God our Savior be glory, majesty, power and authority, through Jesus Christ our Lord, before all ages, now and forevermore! Amen.
Throughout our very busy lives, let us always remember our first love and calling: to carry the torch and let the light of Christ illumine our every step and the world around us.