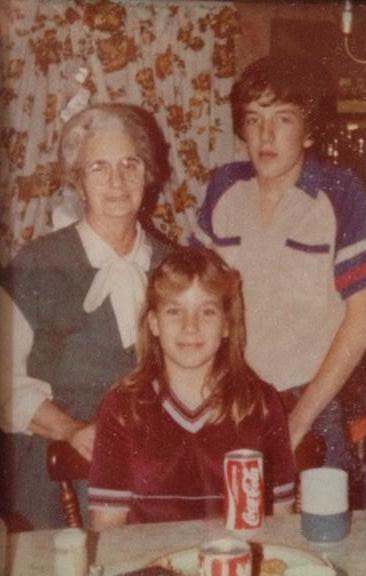 The podcast for this sermon can be found here.

An old cowboy named Bud was overseeing his livestock in a remote mountainous pasture in California when a fella in a fancy car comes skidding up. He gets out and is wearing this outlandish high fashion getup, a Rolex, with his hair slicked back, and a California tan – the works. When he opens his mouth, he’s clearly from “back east.”

Coming over to Bud he asked, “If I tell you exactly how many cows you have in your herd, will you give me a calf?”

Bud sized up the fella another moment then agrees, “Sure, why not?”

The guy pulls out is iPad and iPhone, makes a call, and ask for a photo from a satellite above. Once received he runs it through some computer analysis and has it count the number of animals on the ranch. After a few minutes, he turns to Bud and says, “You have exactly 1,562 cows in your herd.”

“That’s right, pardner,” replied the old cowhand. “Well, I guess I owe you a calf. Pick one out.”

The fellas looks over the herd, picks one out and then proceeds to cram it in the backseat of his car.

Bud interrupts this process. “Listen. If I can tell you exactly what your business is, will you give me back my calf?”

The man is shocked. “Yeah, how’d you guess that?”

“No guessing required,” said Bud. “You showed up here even though nobody called you. You want to get paid for an answer I already knew, to a question I never asked. You tried to show me how much smarter you were than me, even though you don’t know a darn thing about cows.”

I understand they’ve gotten rid of them in Oklahoma, but the game stations – where you check-in after getting an animal during hunting season – the game station in Montana will at least once per season have a story of someone from the city showing up all proud of the elk or deer that they got, but instead of it being an elk or deer, it’s a llama or a mountain goat or even a horse. There are cases of mistaken identity that happen all the time, but these people are just idiots.

When it comes to people, we do this a bit more frequently. See someone from across the room and think you know them. By the time you get to them, you realize that it’s not them at all. I did that on a first date once, but I didn’t realize it was the wrong girl until after I had been chatting up a perfect stranger for a couple of minutes. Too bad really. She was much nicer than the person I was with.

Today in our Gospel reading, we also have a case of mistaken identity of sorts, and the story begins in Caesarea Philippi.

Caesarea Philippi was a significant city in the time of Jesus and was located in what we know as the Golan Heights. Near the city was a great spring – it’s still there – and it’s the primary source of the Jordan River. At the base of a cliff, this spring rushes out of the solid rock and at the time of Jesus was so deep that no one could discover the bottom. It was known as the Gates of Hades, because the people believed it was an entrance to the underworld. The local deity was the god Pan, and there were niches around the cave and the spring housing the statues of Pan and his cohorts. Tradition holds that Jesus and his disciples were overlooking this area when Jesus asked his disciples, “Who do people say that the Son of Man is?” And they said, “Some say John the Baptist, but others Elijah, and still others Jeremiah or one of the prophets.” By calling him these names, the people – and we’re talking about the people who have been following Jesus, the ones being fed, healed, taught, blessed; not the ones out to get him – the people are not insulting Jesus by calling him one of the prophets, far from it. They are heaping praises on Jesus. John the Baptist is a current “hero,” and Elijah and Jeremiah are much further back in Israel’s history, but when all three of these men were around and when they spoke, great things followed. History changed. When the people say that Jesus is like them, they are saying they expect great things to come. However, what’s curious, just like the disciples, they’ve also been around Jesus. They’ve seen all the miracles, heard the teachings, all of it, so why didn’t they confess Jesus as Peter did: “You are the Messiah, the Son of the living God”? It is a case of mistaken identity. They can only place him in the context of these other great individuals, these other heroes, because these greats provide the only point of reference that they have.

On August 27, 2012 my granma died. The flowers on the altar are given in memory of her. She is one of my heroes, as are Thomas à Kempis, Josemaría Escrivá and Pope John Paul II. Out of those four individuals, I only knew my granma, but even with the others, I can feel their presence through a simple photograph of them or by seeing the covers of the books they wrote. They inspire me. Make me want to be more than I am. Point me toward the holy.

I heard the story of a group of youth from the Roman Catholic Church who in 2002 attended the World Youth Days in Toronto, Canada. John Paul II was there and the young people were thrilled to go and see him. They came home so excited and blessed. By this time, Parkinson’s had taken a serious toll on John Paul, so when the youth’s priest asked them what John Paul had spoke about, the kids said they didn’t know because they couldn’t understand him. No one could because his words were so slurred. His image was put up on the big screens so that everyone could see him, and those images showed a severely hunched man, hardly awake, and drooling. But those kids who attended didn’t care about any of that. It didn’t matter. What mattered was that they had been close to him. They had been in the presence of this great man. I can understand and appreciate that. I think the same way about my granma and the others, so at that time, if Jesus were to ask the disciples, who does John say that I am, they would’ve responded, “He says his granma, John Paul II, Thomas à Kempis, or Josemaría Escrivá.” Why? Because these are my points of reference as to what greatness, holiness, Godliness, actually look like. The characteristics of these individuals are the characteristics I apply to Jesus and it is in that context that I understand who he is. This not a heresy or an insult, but it is mistaken identity. And it is a mistake – not a fatal one, but a mistake we all make in our attempts to understand who Jesus truly is. We characterize him, we measure him, by what we know, and in the process, we limit him. So how do we go from saying, “He is John the Baptist, granma, Jeremiah, or John Paul II,” to a confession like Peter’s: “He is the Messiah, the Son of the living God”? How do we go from Jesus being one of many great human beings to being God Incarnate, Savior, King, Lord who now sits at the right hand of the Father?

Jesus says to Peter, “Blessed are you, Simon son of Jonah! For flesh and blood has not revealed this to you, but my Father in heaven.” Blessed are you Peter, because you did not come to understand me as Messiah through your own intellect or the teachings of another. Instead, you came to understand me as the Son of God because it has been revealed to you by my Father.

Like Peter and the disciples, the nature of Jesus as Messiah can be revealed to us, yes, by witnessing him in the world today, working in others and through others, but to go beyond seeing him as one of many, he must also be revealed to us in the scriptures, in prayer, in teachings and in the breaking of bread – that is the Holy Eucharist. It is a holy mystery as to how it happens, but ultimately, Jesus is revealed to us through the wounds he suffered on the cross and his conquering of death in the resurrection. Through faith in recognizing this sacrifice and this victory of Christ, we too can make the confession, “You are the Messiah, the Son of the living God.” In doing so, we will be transformed into a rock that Jesus can build upon, and the Gates of Hades will not prevail against us.

Look beyond the limited image you have of Jesus and see him for who he truly is. You may be startled and even afraid when you truly encounter him for the first time – “It is a fearful thing to fall into the hands of the living God” – but like those early followers, you can expect great things to happen, because you will find yourself in the presence of the Word of God who spoke all things into creation.

Let us pray:
Come, Holy Spirit, Creator blest,
and in our souls take up Thy rest;
come with Thy grace and heavenly aid
to fill the hearts which Thou hast made.
O comforter, to Thee we cry,
O heavenly gift of God Most High,
O fount of life and fire of love,
and sweet anointing from above…

Oh, may Thy grace on us bestow
the Father and the Son to know;
and Thee, through endless times confessed,
of both the eternal Spirit blest.

Now to the Father and the Son,
Who rose from death, be glory given,
with Thou, O Holy Comforter,
henceforth by all in earth and heaven. Amen.