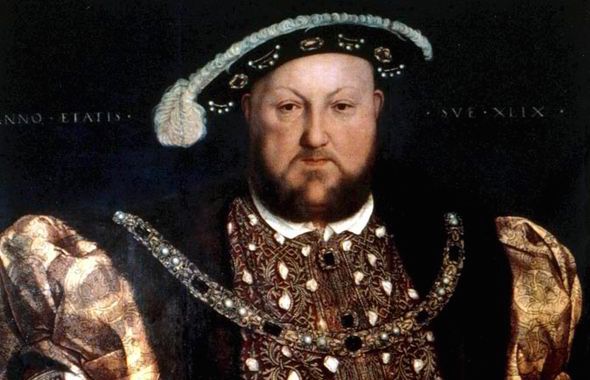 Republicans. Democrats. Libertarians. I’ve already had enough of the Presidential election, and lucky for us there are only 519 days until it actually occurs. It’s true. All these folks are going to come out and tell us how they, and they alone, can turn the economy around, bring about world peace, save the planet, and give everyone a cute kitten. Oy.

With all this going on, I thought it would be fun to conduct our own straw poll this morning to see who we might vote for. I’ve got three candidates for you. I’m going to describe them, then we’ll have a vote by hands. OK?

Candidate A: Associates with crooked politicians, and consults with astrologists. He’s has two mistresses. He also chain smokes and drinks quite a few martinis a day. Candidate B: He was kicked out of office twice, sleeps until noon, used opium in college and drinks a great deal of whisky every evening. Candidate C: He is a decorated war hero. He’s a vegetarian, doesn’t smoke, drinks an occasional beer and hasn’t had any extramarital affairs. Got it? Let’s vote? Who is for candidate A, the smoking carouser? B, sleepy drug user? And C, Mr. Upstanding citizen? Good choice! Candidate A is Franklin D. Roosevelt, Candidate B is Winston Churchill, and Candidate C is Adolph Hitler. Thanks for playing, you just elected yourself a dictator with a splash of psychopath thrown in for good measure! I’m not convinced that we always know what it good for us. History has proven time and time again that we don’t.

In our Old Testament lesson this morning we read about Samuel. At the time, he was the prophet in Israel. In this capacity as Prophet, Samuel is God’s representative on earth. His role is quite similar to that of Moses, which means that it is God who rules – who is King – and Samuel who carries out God’s commands. However, the Israelites begin to call for an earthly king, which angers the Lord. He says to Samuel, “Listen to the voice of the people in all that they say to you; for they have not rejected you, but they have rejected me from being king over them.” By asking for a king, the people are greatly sinning because they are asking to replace the Kingship of the Father.

Even though they are sinning, the Lord allows it to proceed, but first he tells Samuel, “You shall solemnly warn them, and show them the ways of the king who shall reign over them.” And Samuel did.

Samuel told the people what the Lord had spoken. The new king will take from them their families, their possessions, their money, their food, their wine, their freedoms. Everything. The Lord concluded by saying, “And in that day you will cry out because of your king, whom you have chosen for yourselves; but the LORD will not answer you in that day.” Did the people hear and understand? Not at all. Their response: “No! but we are determined to have a king over us.” So the Lord gave them what they asked for, and they got Saul.

Robert Blake – not Baretta – but the English Historian, in 1982 described one particular monarch: he “was a tyrannical monster. His rule echoed Caligula’s and prefigured that of Hitler or Stalin. Parliament was his collective accomplice: it blotted out his debts, it carried acts of attainder which deprived his enemies or imagined enemies of land, title and life without even the form of trial, it altered the succession, it allowed the king to bequeath the Crown by will, it gave his proclamations the force of statutory law.” This monarch’s official title was a bit on the wordy side, “By the Grace of God, King of England, France and Ireland, Defender of the Faith and of the Church of England and also of Ireland in Earth, under Jesus Christ, Supreme Head.” We know him as Henry VIII.

When the Israelites asked for a king, they got Saul. I don’t know that he was as bad as Henry VIII, but it doesn’t seem he was much better.

Following Saul’s death, it should have been his son Jonathan that ascended to the throne, but Jonathan was killed in the same battle that Saul died, which led to David becoming king over Israel.

We know that David was the greatest king that Israel had, but he wasn’t without his faults, just ask Uriah, Bathsheba’s former husband. Oh, you can’t, David had him killed. However, even though David sinned, his reign prefigured that of Jesus’. We read of one occasion in 2 Samuel 9.

David was reigning as king and one day he called to one of his servants and asked if there was anyone still living who was a descendant of Saul. The servant reported to David that there was a grandson, Jonathan’s son, who lived. His name was Mephibosheth. David had him sent for, but when the boy arrived he was afraid. Not surprising, if he was an heir to Saul and Jonathan, he may have thought David would have him done away with since he may rightfully have had a claim to the throne. However, when he arrived, David said to him, “Do not be afraid, for I will show you kindness for the sake of your father Jonathan; I will restore to you all the land of your grandfather Saul, and you yourself shall eat at my table always.”

The Lord told the people, when you get a king, the king will take everything from you, and they did. However, in this instance, we see the king restoring the possessions of one who had lost everything. In this, we see a glimpse of the Christ who was to come.

Israel had a King and Yahweh is His name. The Lord Our God. Yet, they wanted to be like everyone else. They wanted a king made of flesh and blood that could march with them against their enemies. They said in their hearts, we can serve the Lord and serve a king. They were wrong. The Lord gave them what they asked for, but in the process, the Israelites destroyed themselves. Jesus said, “If a house is divided against itself, that house will not be able to stand,” and Israel was divided in who they served.

“Not really,” explained the rancher. “Not many survive the branding.”

You’ve probably all seen the suits that race car drivers wear. They are covered in patches with the logos of all the team sponsors. If they win a race, it seems there’s a person standing next to them whose sole job is to change the driver’s cap with one logo after another receiving billboard space on top of the driver’s head. Since we were speaking of politicians earlier, one joke has suggested that politicians should also be required to wear similar suits.

We’ve said it before, the Lord Our God is a jealous God. He says it Himself, time and time again, and He is jealous for us. James writes, “God yearns jealously for the spirit that he has made to dwell in us.”

We know this to be true, but I have to wonder, like those race car drivers and politicians, do our bodies bear the logos and brands of all those we serve? The answer: Yes. We’ve become like the Israelites, believing we can serve all these other kings in our lives. Like them, we have said that we can serve them and our Lord. And like them, we are mistaken.

These kings in our lives, whatever form they may come in, rob us of much. The king of anger robs us of peace. You chase after your own imaginations and hurt feelings in an attempt to serve him. You can become so consumed in his biddings that you ignore family and friends or worse, treat them with contempt. The king of pride constantly pushes us toward self-centeredness and the neglect of others. The king of money demands that we set aside family and friend in pursuit of his illusions. On and on. All of them rule over our lives and rob us of our life with God, with those we love, and with our neighbors.

Yet, here is the Good News. David came to Mephibosheth and restored him. Returned to him all that was lost. In an even greater way – an eternal way – Jesus does the same for us. He restores us to the Father, and our life that was divided is reunited under His reign.

I invite you this day to cast off the kings of this world and submit to the One who sits enthroned at the right hand of the Father. I invite you to serve Him and Him alone, because it is only in Him that you will find true happiness. Say with the Psalmist:

Rest in God alone, my soul,
for my hope comes from Him.

He alone is my rock and my salvation,
my stronghold; I will not be shaken.

My salvation and glory depend on God, my strong rock.
My refuge is in God.