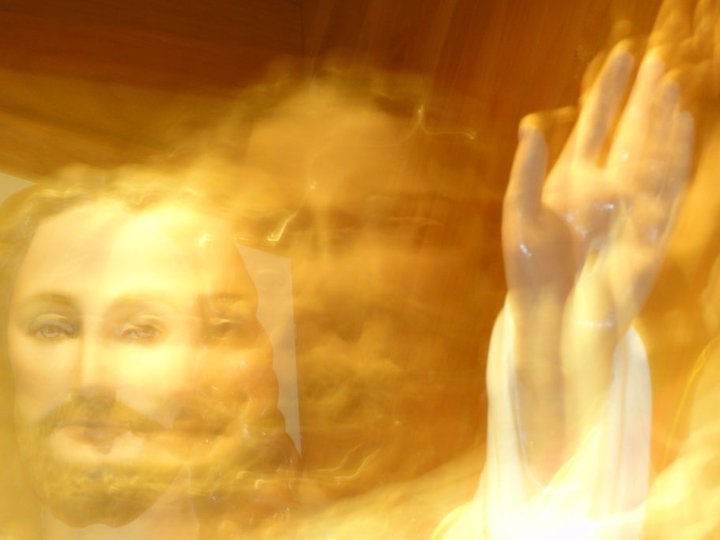 I like for my television programming to be intellectually stimulating. I like to constantly be stretching and growing my mind, so I stay away from things on the History Channel or the Learning Channel and go straight for the meat and potatoes: America’s Funniest Home Videos with an occasional episode or two of Friends. I do watch other things as well that are equally as stimulating. For a while I was on Mythbusters then I moved over to Miami Ink – especially when Kat Von D was on for a while, followed by Deadliest Catch. However, I’ve found one show that I’ve been absolutely hooked on for a while: Ghost Adventures, with my buddies Zak, Nick, and Aaron. Zak is the front man with the weird hair, Nick is the serious one, and Aaron is the one who acts a bit like Shaggy in Scooby Doo.

They’ve got all this really great equipment too for detecting ghosts: digital recorders to capture EVPs – that’s Electronic Voice Phenomenon for you non-ghost believers – night vision cameras, infrared imaging, the works. What is so tragic is that so often the ghosts drain the energy of their cameras, so just when they are about to capture something good like a full body apparition on tape – the camera dies! So they just have to tell you about it instead of showing it to you – I’m so disappointed for them.

The reason I mention this is because of our Gospel reading tonight. Jesus has been dead and in his tomb for three days, yet now he is appearing to the living. Is he a ghost? Is this the full body apparition that Zak, Nick, and Aaron are always talking about, or is it something all together different? The gospel writers are very careful about helping us to understand that what these women are seeing in tonight’s gospel – and for that matter at all the appearances of Jesus following his resurrection – is not a ghost.

For example our Gospel from today said, “Suddenly Jesus met them and said, ‘Greetings!’ And they came to him, took hold of his feet, and worshiped him.” “They took hold of his feet.” All ghost adventuring aside, even the folks in the time of Jesus knew that you could not touch a ghost. In later appearances we are told that others touched him, some walked down the road with him and broke bread with him, and there is the time when he will meet with the disciples on the shore of the sea and have breakfast with them. All of these things occurred after his death and resurrection; and the Gospel writers use these examples to help the reader understand that the Risen Jesus is not a ghost. He is alive.

Following his resurrection we know that he ascended into heaven so that we can no longer see him as he was and for many their response to that event is, “Well isn’t that convenient.” A bit like the Ghost Adventurers’ cameras going dead just as the ghost shows up, leaving only someone’s word that something actually took place. I think the lawyers would say that its all circumstantial evidence.

Perhaps more folks would believe that Jesus is in fact the risen Lord if they could take hold of his feet or have breakfast with him on the shore of the sea. We read in our Gospel tonight, Jesus told Mary, “Tell my brothers to go to Galilee; there they will see me.” Many today would ask, “Where is my Galilee that I might see Him?” You know how I respond to that? Open your eyes. He is all around you. As St. Patrick wrote: