One of the Pharisees asked Jesus to eat with him, and he went into the Pharisee’s house and took his place at the table. And a woman in the city, who was a sinner, having learned that he was eating in the Pharisee’s house, brought an alabaster jar of ointment. She stood behind him at his feet, weeping, and began to bathe his feet with her tears and to dry them with her hair. Then she continued kissing his feet and anointing them with the ointment. Now when the Pharisee who had invited him saw it, he said to himself, “If this man were a prophet, he would have known who and what kind of woman this is who is touching him– that she is a sinner.” Jesus spoke up and said to him, “Simon, I have something to say to you.” “Teacher,” he replied, “Speak.” “A certain creditor had two debtors; one owed five hundred denarii, and the other fifty. When they could not pay, he canceled the debts for both of them. Now which of them will love him more?” Simon answered, “I suppose the one for whom he canceled the greater debt.” And Jesus said to him, “You have judged rightly.” Then turning toward the woman, he said to Simon, “Do you see this woman? I entered your house; you gave me no water for my feet, but she has bathed my feet with her tears and dried them with her hair. You gave me no kiss, but from the time I came in she has not stopped kissing my feet. You did not anoint my head with oil, but she has anointed my feet with ointment. Therefore, I tell you, her sins, which were many, have been forgiven; hence she has shown great love. But the one to whom little is forgiven, loves little.” Then he said to her, “Your sins are forgiven.” But those who were at the table with him began to say among themselves, “Who is this who even forgives sins?” And he said to the woman, “Your faith has saved you; go in peace.”

Soon afterwards he went on through cities and villages, proclaiming and bringing the good news of the kingdom of God. The twelve were with him, as well as some women who had been cured of evil spirits and infirmities: Mary, called Magdalene, from whom seven demons had gone out, and Joanna, the wife of Herod’s steward Chuza, and Susanna, and many others, who provided for them out of their resources. 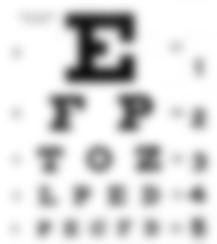 Brennan Manning – a Roman Catholic priest – tells the story of the time during the 70’s that he was living in a monastery in New York.  It seems that while living there he had numerous millionaire friends who enjoyed his company and would invite him out.  He recalls on one occasion being invited to a swank restaurant and a Broadway play.  During the intermission, he and his friends went out for some fresh air and engaged in a rather highbrow conversation regarding the play.

As he was going about trying to impress his friends with his intellectual savvy he noticed someone walking toward him who was “not one of the beautiful people.”  Her clothes were a bit tattered, her shoes worn, and her nylons had holes.  As she approached he also noticed that  she was peddling the Variety magazine for $0.75.. so as he put it.. in a gesture of extreme generosity he handed her a dollar and casually waved her away.. eager to wow his friends a bit more… He continues by saying…
And then she said, “Father?”  In those days, I knew I couldn’t distinguish myself by my virtues, so I distinguished myself by my clothing; I always wore the collar… “Father, could I talk to you a minute?”… Manning writes, I snapped, “What?  Can’t you see I’m busy?  Do you make a habit of interrupting people in the middle of a conversation?  Wait over there and I’ll speak to you when I’m done.”… She whispered, “Jesus wouldn’t talk to Mary Magdalene like that”… And then she was gone.
He wondered what this young woman would have thought if she had wandered into his church the following Sunday to hear him preach on the love of God.  He asked, “How could she believe in the love a God she can’t see when she couldn’t find even a trace of love in the eyes of a brother wearing a clerical collar whom she could see?”.. He noted.. “A shriveled humanity has a shrunken capacity for receiving the rays of God’s love.”
In our Gospel reading today, Jesus has gone to the house of one the Pharisees.  Soon afterward a woman.. a very undesirable woman.. entered the house and began to anoint the feet of Jesus.  The Pharisee knows what kind of woman this is… she is a sinner.  That is all he needs to know and in this knowledge he writes her off.
When she has completed this humble task and wiped Jesus feet with her tears and dried them with her hair, Jesus asked the Pharisee a question… “Do you see this woman?”  The answer is of course, “Yes.”  He had seen her, but all he saw was a sinner.  Someone to be avoided and ignored.  Someone not worthy of his time. Someone who God would have nothing to do with… and most certainly someone who God would not and could not love.
We have all seen people like this.  People like the young woman who came up to Brennan Manning in the street and wanted to talk.  People like the woman who anointed the feet of Jesus.  When we see them, if we are not careful, then we will also respond to them as the Pharisee and Manning did.  We will shun them.. push them aside.. ignore them.  We will say in our hearts and in our minds, “I can’t be bothered with this sort.”…. In doing so, what we forget, is that while we may not want to be bothered with them, they are just as much a child of God as we are.  Which means.. through the person of Jesus Christ, they have been made worthy of God’s love.
Thomas Merton wrote, “Our job is to love others without stopping to inquire whether or not they are worthy. That is not our business and, in fact, it is nobody’s business. What we are asked to do is to love, and this love itself will render both ourselves and our neighbors worthy.”
With anyone you encounter.. family, friend, stranger.. well dressed, in rags.. regardless of color or creed.. don’t judge or condemn.. don’t avoid or ignore… instead, allow the voice of Jesus to enter your heart and ask, “Do you see this woman.. this man.. this child?”  And before you answer, don’t see them through your own eyes… see them through the eyes of Jesus.. and then love them.  Love them as much as Christ loves you.