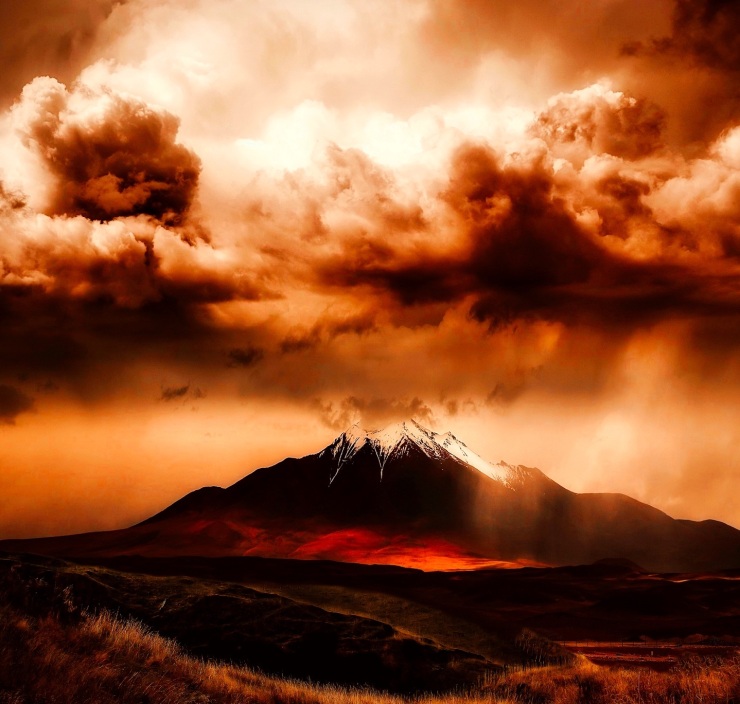 Mr. Williams, a hardened businessman, was interviewing applicants for an important position in management. To find the right person for the job, he created a test; each applicant was asked the same question, “What is two and two?”

The first interview was with a journalist. The writer looked at Williams and answered, “Twenty-two.”

The second applicant to be interviewed was an engineer. He tackled the question with a compass and slide rule. Within moments, he confidently declared the answer to be “somewhere between 3.999 and 4.001.”

Mr. Williams was optimistic about the next applicant, a former lawyer. The lawyer studied the question and then confidently stated that in the case of Stallings vs. Commissioner of the Dept. of the Interior, two and two had been proven to be four.

The last applicant was an accountant. Mr. Williams posed the same question to him. “How much is two and two?”

The accountant looked over both shoulders, got up from his chair, went over and closed the office door, and returned to his seat. He leaned across the desk and asked in a low voice, “How much would you like it to be?”

He was hired on the spot.

Many of our questions in life have answers and many are mysteries. Some folks aren’t so good with the answers – just ask my algebra teacher, Mr. Scott – while others have the capacity to retain a great deal of information. Take John Carpenter, for instance. He was the first person to win the million dollar question on the show “Who Wants to be a Millionaire?” He made it all the way to the last question before using any of the “phone-a-friend” helps, but even then, when he used the option on that final question, it wasn’t to ask for help. Instead, he used his phone-a-friend to call his dad – to tell him that he was just about to a win million dollars. He already knew the answer. However, even John Carpenter would not have been able to answer the question that King Nebuchadnezzar, the king of Babylon, put to his spiritual advisors.

To them Nebuchadnezzar said, “I have had such a dream that my spirit is troubled by the desire to understand it.” They said, “O great palooka, tell us your dream.” To which he responded, “This is a public decree: if you do not tell me both the dream and its interpretation, you shall be torn limb from limb, and your houses shall be laid in ruins.” He said, if you want to live, not only must you interpret my dream, but just to prove that you are all you say you are, you must also tell me what I dreamed. They said that no one has ever been asked to do such a thing and that it was not possible. Not good enough for Nebuchadnezzar. He ordered that all the spiritual advisors in the realm be rounded up and put to death. It was then that Daniel – Daniel and the lions’ den, Daniel – heard of the decree and so he went to the king and asked for a little time so that he might interpret the dream. It was granted.

Daniel returned home and asked his three friends to pray. They were Shadrach, Meshach, and Abednego (a.k.a. My Shack, Yo Shack, and A Bungalow.) That night, God revealed to Daniel the dream and its meaning. Daniel declared:

“Blessed be the name of God from age to age,
for wisdom and power are his.”

Daniel returned to Nebuchadnezzar and told the king his dream: “You were looking, O king, and lo! there was a great statue. This statue was huge, its brilliance extraordinary; it was standing before you, and its appearance was frightening.  The head of that statue was of fine gold, its chest and arms of silver, its middle and thighs of bronze, its legs of iron, its feet partly of iron and partly of clay.  As you looked on, a stone was cut out, not by human hands, and it struck the statue on its feet of iron and clay and broke them in pieces.  Then the iron, the clay, the bronze, the silver, and the gold, were all broken in pieces and became like the chaff of the summer threshing floors; and the wind carried them away, so that not a trace of them could be found. But the stone that struck the statue became a great mountain and filled the whole earth.”

Daniel then rightly interpreted the dream. It was about the kingdoms of the world. The first was the then current Babylonian Empire. It was the golden head. Then it would fall to the next empire, the one of silver, then to the one of bronze, then iron, and then to the weakest, the empire of iron and clay, represented by the feet.

Daniel then saw a stone “cut out, not by human hands” crash down on the feet of this statue, destroying the entire thing. This stone is from God. In his interpretation, Daniel said that in the days of those last kings – the ones of iron and clay – the Lord will destroy them all and that from this stone would grow a mountain, a new kingdom. Daniel said, “The God of heaven will set up a kingdom that shall never be destroyed, nor shall this kingdom be left to another people. It shall crush all these kingdoms and bring them to an end, and it shall stand forever.”

The stone that is destroying all the old and making all things new is the same stone that Jesus spoke of today in our Gospel.

Jesus said to the Pharisees:

“Have you never read in the scriptures:
‘The stone that the builders rejected
has become the cornerstone;
this was the Lord’s doing,
and it is amazing in our eyes’?

“Therefore I tell you, the kingdom of God will be taken away from you and given to a people that produces the fruits of the kingdom. The one who falls on this stone will be broken to pieces; and it will crush anyone on whom it falls.”

Jesus is this stone and he is the same stone that destroyed the statue and crushes all other kingdoms and it is upon him that the everlasting Kingdom of God is established. We read this promise of God every Christmas:

For a child has been born for us,
a son given to us;
authority rests upon his shoulders;
and he is named
Wonderful Counselor, Mighty God,
Everlasting Father, Prince of Peace.
His authority shall grow continually,
and there shall be endless peace
for the throne of David and his kingdom.
He will establish and uphold it
with justice and with righteousness
from this time onward and forevermore.
The zeal of the Lord of hosts will do this.

Through Jesus, the kingdoms of this world are being destroyed and the Kingdom of God has been established — and the people say, “Amen!” — but let me ask you a question, and you feel free to phone-a-friend if you need to: where is it? Where is this Kingdom of God?

For the most part, I think of myself as being a happy optimistic type person. I can generally find something to smile about and I look forward to what is to come. But these days… I have a news app on my phone and on my computer. Keeps me up to date on what’s going on in the world. These days I seem to hesitate before opening the app. I find myself spiritually and perhaps even physically taking a deep breath as I wonder, “What next?” “What’s it going to be today?” As a priest, I wonder how I am going to once again try to make sense of and explain the madness and the evil. I read of the stone that is to be a mountain – the very Kingdom of God – and I have to ask myself, “Where is this mountain? Where is this Kingdom?” And in looking for it in this world and seeing so much madness and evil, my happy optimistic self can become a sad little pessimist. And I can start to sink. But just when I’m about to give into this despair, just when my own anger is about to overflow, I remember something Jesus said, “The kingdom of God is not coming with things that can be observed; nor will they say, ‘Look, here it is!’ or ‘There it is!’ For, in fact, the kingdom of God is within you.” The Kingdom of God is within you. When I see all the madness and evil in the world and begin to wonder if this Kingdom of God is just something we tell ourselves in order to feel better… then I remember you. It is not within this world that I see the mountain, the Kingdom, but when I remember you, when I look within you… I see it. I see it in all its glory and power, the pinnacle of God’s creation… you.

“See, the home of God is among mortals.
He will dwell with them;
they will be his peoples,
and God himself will be with them;
he will wipe every tear from their eyes.
Death will be no more;
mourning and crying and pain will be no more,
for the first things have passed away.”
And the one who was seated on the throne said, “See, I am making all things new.”

Let us pray: Almighty God, give us grace to cast away the works of darkness, and put on the armor of light, now in the time of this mortal life in which your Son Jesus Christ came to visit us in great humility; that in the last day, when he shall come again in his glorious majesty to judge both the living and the dead, we may rise to the life immortal; through him who lives and reigns with you and the Holy Spirit, one God, now and for ever. Amen.