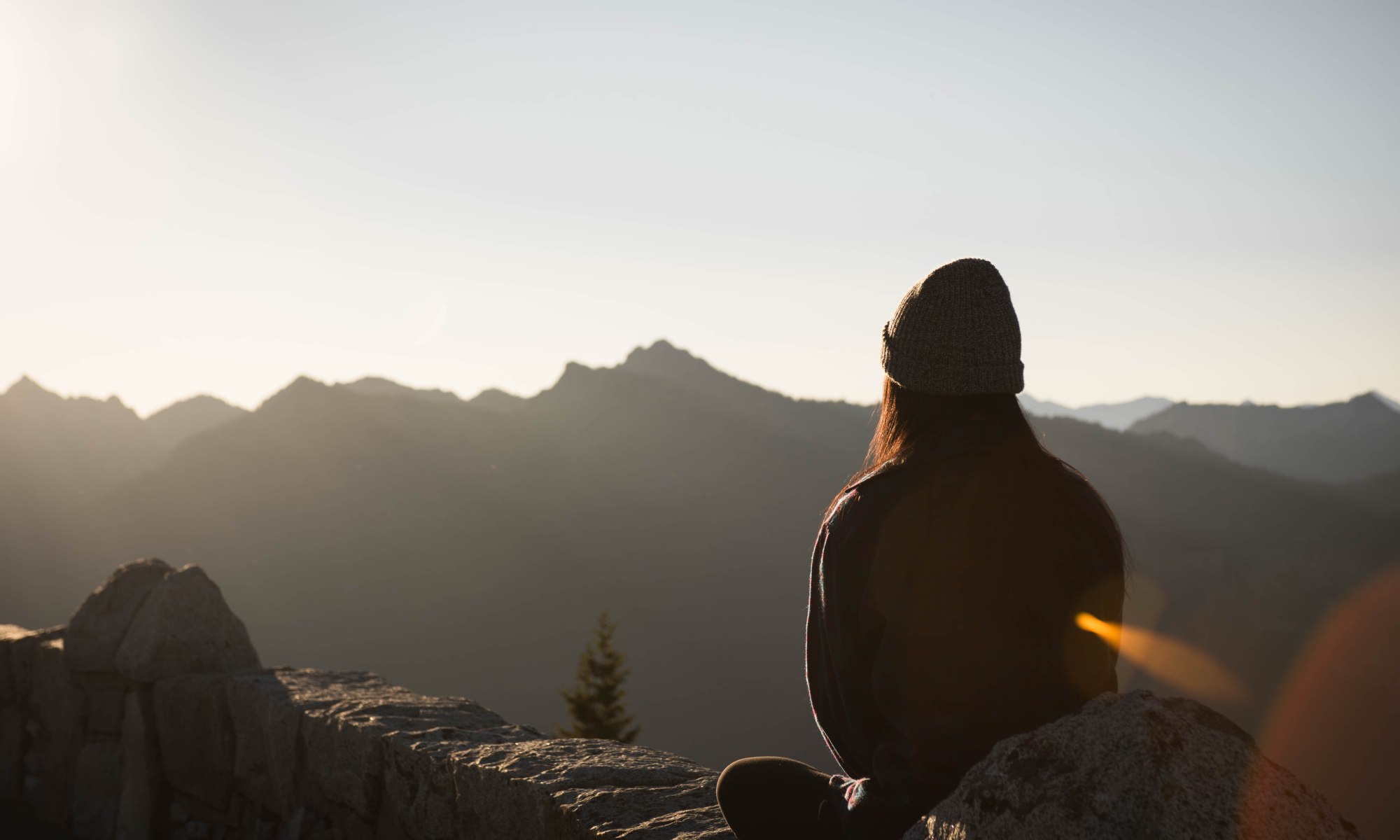 In the eleventh century, King Henry III of Bavaria grew tired of court life and the pressures of being a monarch. He made application to Prior Richard at a local monastery, asking to be accepted as a contemplative and spend the rest of his life in the monastery. “Your Majesty,” said Prior Richard, “do you understand that the pledge here is one of obedience? That will be hard because you have been a king.”

“I understand,” said Henry. “The rest of my life I will be obedient to you, as Christ leads you.”

“Then I will tell you what to do,” said Prior Richard. “Go back to your throne and serve faithfully in the place where God has put you.” When King Henry died, a statement was written: “The King learned to rule by being obedient.”

Today in our Gospel, we are given the names of the Apostles that Jesus called. After he summons them, he gives them their marching orders: “Go nowhere among the Gentiles, and enter no town of the Samaritans, but go rather to the lost sheep of the house of Israel.” They were called, they were sent, and they were obedient to his instructions.

As I read about these events, I wondered if I had ever shared with you my own calling to the priesthood. I’ve shared it with a few of you, but I don’t think all. That said…

It was in the mid-90’s and I was working for a marketing firm in Dallas. I had two rather large clients that kept me more than a little busy, but it helped with the image I wanted to put forth: young, successful, making a significant mark on the world, and also earning some pretty good cash. I don’t remember what day of the week it was, but I got into the office around nine, answered a slug of emails, and took care of all the voicemails and other messages. It was time for coffee. I was gone from my desk for maybe five minutes. When I returned, I had thirteen new voicemails and I don’t know how many new emails. I didn’t hesitate. I got up from desk, walked over to human resources, handed in my beeper and keys, and never looked back. In an instant, I had decided there was much more to life than making money and I was right. Six months later, cousin and I moved to Montana.

I did all sorts of odd jobs including working as the custodian at my church. I enjoyed that job. I would go in late at night, sometimes not finishing up until one or two in the morning. When I was done, I would go up to the altar, sit down and lean up against it, and pray.

I had been doing the job for almost two years, when one night I prayed, “Lord, you’ve given me some smarts, a pretty good education, and I’m happy doing this job, but if there is something else you want me to do, you just let me know.” A word to the wise: never give God an open ended option like that. The honest truth – I went home and crawled in. Slept a bit late the next day and woke up about the time the mailman was delivering. In the mail was a large envelope. It contained something I had not requested, nor would I have even thought to. It contained an application to seminary.

It took two years of discernment with a group of friends and my church. When I finally asked my priest what he thought about the idea, his response was, “We were wondering how long it was going to take you.” But I was not yet convinced, still thinking God was having some fun with me. So I chose a day and went out to my friends who lived in the country. They have a ranch that is at the end of a narrow valley in the mountains. Beautiful doesn’t begin to describe.

I climbed the mountain a ways, sat down, and prayed. I was providing the Lord with some well articulated lucid arguments as to why this was a bad idea. He wasn’t answering.

Finally, I said to him, “Lord, look how beautiful this place is. I don’t want to leave it.” God answered. The Father said, “I will show you things more beautiful than this.” I said, “Well, yeah, but I have such good friends here. I’ve never had such friends before.” Jesus, the Son of God, answered, “In order to do the Father’s will, I had to leave my friends as well.” I had no more arguments. All that was left was for me to be obedient… or not. It wouldn’t be for another year before I got there, but when I came off that mountain, I was headed to seminary.

You are familiar with Paul’s statement to the Ephesians, God gave gifts, making “some, apostles; and some, prophets; and some, evangelists; and some, pastors and teachers,” and so on. In order to fulfill those positions, all those called had to be obedient.

We see that Apostles, prophets and others and priests are called, and so when we hear the words of Jesus that we read today, we apply those words to such as these: “The harvest is plentiful, but the laborers are few; therefore ask the Lord of the harvest to send out laborers into his harvest.” We believe that when Jesus says, “laborers,” that he is referring to these apostles and priests and that it is they who must be obedient to their call as King Henry III was obedient to his call as king. We think this because we think the “field” where the “harvest” Jesus speaks consists of nations and communities, of large numbers of souls that must be converted and so on. That to accomplish this work, a person needs seminary, the laying on of hands by the Bishop, great movements of Spirit atop a mountain. Trouble is, by thinking in such a way, we never see ourselves as the “laborers” and we never see our homes and families, or the places we work, or even a single individual as the “field” that is ripe for the “harvest.”

We get up in the mornings, take care of the family and the dog, go to work and do our jobs, come home, have a bit of supper, watch a bit TV, rinse and repeat; never recognizing the exquisite beauty of that present moment. Never recognizing this time and place as the field that God has called us to be laborers in. We never hear the words that the Prior spoke to Henry III: “Serve faithfully in the place where God has put you.”

My friend, St. Josemaría Escrivá preached: “Everyday life is the true setting for your lives as Christians. Your ordinary contact with God takes place where your fellow men, your yearnings, your work and your affections are. There you have your daily encounter with Christ. …. you must understand now, more clearly, that God is calling you to serve Him in and from the ordinary, material and secular activities of human life. He waits for us every day, in the laboratory, in the operating theatre, in the army barracks, in the university chair, in the factory, in the workshop, in the fields, in the home and in all the immense panorama of work. Understand this well: there is something holy, something divine, hidden in the most ordinary situations, and it is up to each one of you to discover it…. Either we learn to find our Lord in ordinary, everyday life, or else we shall never find Him.”

Escrivá says that we see the presence of Jesus on the altar during the Mass, but that we should also see that same presence in the most ordinary items and tasks of our daily lives. We must begin to see ourselves as the laborers and each event and person we encounter as the harvest, an opportunity experience and witness to the love of God.

I believe that we all have the capacity and even the desire to see the presence of God in our daily lives, to see the opportunities to the enter the harvest, but I think we all lack the confidence to see ourselves as those laborers. We’ve discussed this before. We are afraid. We believe we are unqualified or unworthy. Well, guess what — you probably are, but God has a funny way of using the fearful, unqualified and unworthy. Consider this list:

NOAH got drunk.
ABRAHAM was too old.
ISAAC was a daydreamer.
JACOB lied.
LEAH was ugly.
JOSEPH was abused.
MOSES was a murderer and couldn’t talk.
GIDEON was afraid.
SAMSON had long hair and was afraid.
RAHAB was a prostitute.
JEREMIAH and TIMOTHY were too young.
DAVID was a murderer and adulterer.
ELIJAH was suicidal.
ISAIAH preached naked.
JONAH ran from God.
NAOMI was a widow.
JOB went bankrupt.
JOHN THE BAPTIST ate bugs.
PETER denied Christ.
The DISCIPLES fell asleep while praying.
MARTHA worried about everything.
MARY MAGDLENE was demon possessed.
The SAMARITAN WOMAN was divorced…more than once…
ZACCHEUS was too small.
PAUL was a murderer.
TIMOTHY had an ulcer.
and you can’t be more unqualified than LAZARUS, because he was dead!

If that crazy lot were called to be laborers in the Lord’s harvest, then so can you. Henry T. Blackaby, preacher and author of Experiencing God, wrote, “The reality is that the Lord never calls the qualified; He qualifies the called.”

There is a great harvest all around us and we are each, as unqualified as we are, called to be the laborers. Called to be those who see the holy, the presence of God in every aspect of our lives and to make him known. The only question remaining is the question of obedience. You are all called, so I invite you all to obedience, to step into the field of your lives, and join in the harvest.

Let us pray: You gift us with all the good gifts that make us the people you created us to be. Help us to know and find your will and to trust that you will help us to understand the path you call us to journey in life. Where there is doubt give us courage. Give us a heart open to your quiet voice so we can hear your call. Help us to know your faithfulness and help us to be faithful to that which you call us to. Amen.