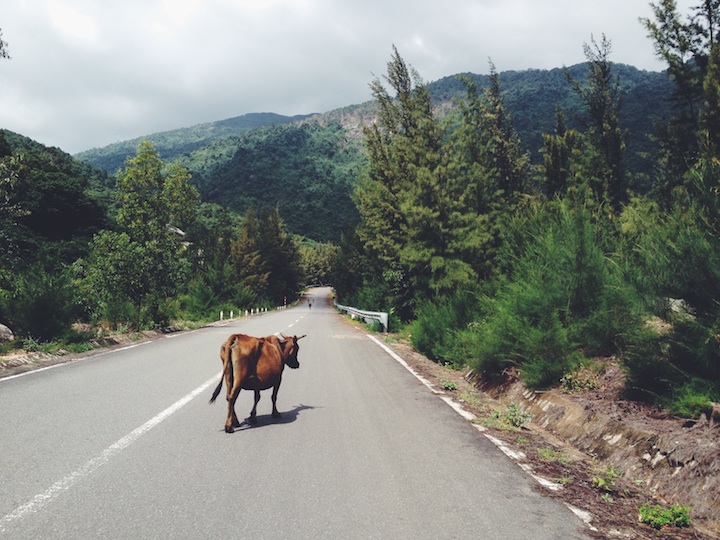 Have you ever wondered why particular warning labels were placed on products? For example:

On a baby stroller: Remove child before folding.

On a jet ski: Never use a lit match or open flame to check fuel level.

On a box of rat poison: Warning – has been found to cause cancer in laboratory mice.

On an iron: Do not use while wearing shirt.

Hairdryer: Do not use while sleeping.

So what is with the idiotic warning labels? Answer: the world is full of people who do idiotic things. Case in point: Jason Grisham.

During his attempt to scale an electrical tower, 22-year-old Jason received a shock that is usually fatal. Partway up the tower, 69,000 volts of electricity coursed through his body, knocking Grisham to the ground. Despite suffering burns to his chest and having his pants explode, the young man was admitted to the hospital in good condition.

How did Grisham get into such a predicament? It was no accident. The electrical tower was surrounded by a seven foot fence that was topped with barbed wired, and the place where he climbed over the fence was bracketed by signs saying, “Danger/High Voltage.” Which only goes to prove that no matter how idiotic the warning may be, idiotic people will still do idiotic things. The problem: poor decisions.

Researches did a study on how many decisions we make during the average day and came up with 70. (Why can I see you all spending the rest of the sermon trying to figure out how many decisions you’ve made so far today?) Anyhow, with a bit of math, that’s 25,500 decisions a year, and if you live to be 70 that will come to 1,788,500 decisions. The researchers conclusion: ”Life is a sum of all your choices.” And all those crazy warning signs prove we don’t always make good choices. A string of bad decisions can lead to consequences like electrocution or becoming lost.

Consider this: a man tells how he grew up in ranching land. Throughout his years there he would often see a cow out roaming along the roads, clearly not where it was supposed to be. Basically, it was lost. He says that if you ask just about any rancher how a cow gets lost, the rancher will reply, “Well, the cow starts nibbling on a tuft of green grass, and when it finishes, it looks ahead to the next tuft of green grass and starts nibbling on that one, and then it nibbles on a tuft of grass right next to a hole in the fence. It then sees another tuft of green grass on the other side of the fence, so it nibbles on that one and then goes on to the next tuft. The next thing you know, the cow has nibbled itself into being lost.” It is the same way with the sin in our lives.

Today’s Gospel reading immediately follows where we left off last week. There, Jesus said, “Do not think that I have come to abolish the law or the prophets; I have come not to abolish but to fulfill. For truly I tell you, until heaven and earth pass away, not one letter, not one stroke of a letter, will pass from the law until all is accomplished.” And then he concludes, “For I tell you, unless your righteousness exceeds that of the scribes and Pharisees, you will never enter the kingdom of heaven.” Then in today’s reading, he reminds the listener of what the Pharisees’ righteousness looks like: You shall not murder, you shall not commit adultery, you shall not lie. In mentioning only a few, the listener would know that Jesus is referring to the entirety of the Law of Moses. Yet Jesus states, unless our righteousness exceeds this, then we will never enter the kingdom of heaven. The Law is not good enough, because the Law can be kept externally, but unless a person is changed internally, unless the heart is transformed, transfigured, then the Law is still broken.

You may not murder someone, but how many times have you been so angry at someone that you laid awake at night running through various scenarios on how to ruin them? You may never have committed adultery, but have you lusted after a man or a woman? Fantasized about a relationship with them? You may never have lied about another person, but have you ever entertained ideas on how to get ahead at the expense of another? Anyone now feel a strong urge to go to confession?

A person doesn’t go from being cut off in traffic to murdering the other driver in an instant. Prior to that, the person had allowed anger to eat at their soul – one tuft at a time – until the soul ruptured in a fit of rage. A divorce does not just occur without something eating away, bite by bite, for a long time. You do not commit adultery without first allowing lust to build within you.

A monk saw a group of nuns approaching him on the road.  To avoid sullying his gaze with the sight of women and allowing lust to enter into his heart, he threw himself into the ditch and covered his face.  Once they had safely passed, he got up, dusted himself off, and walked on proudly. But just before he was out of range, the abbess yelled out to him: “If you were a real monk, you never would have even noticed that we were women.”

Perhaps that’s a bit extreme (If Scarlett Johansson walks into the room…), but it makes a point: when the thought enters our mind, if we allow it to take root in our hearts, if we allow ourselves the opportunity to entertain the idea, then according to Jesus, we have already lost. Adam and Eve sinned when they took a bite of that apple, but that whole unfortunate incident began when they started listening to the devil, by entertaining the idea of what could be.

It was no accident that Jason Grisham, the kid that climbed the electrical tower, got himself electrocuted. He kept ignoring all the warning signs and climbing the safety barriers that were put in place to keep him safe. A life that falls into sin is no accident either. There are all sorts of signs that we ignore, barriers that we cross in order for sin to take a hold on us. There is the angry thought that crosses our mind that we do not check. There is a beautiful woman or handsome man that crosses our path that we allow to take custody of our hearts. There is that small but unrighteous opportunity that presents itself to us and we act upon – just one small nibble – that anesthetizes our consciences just enough so that the next unrighteous decision is much easier to make. These are all warning signs.

We’ve said s before, our life with God is a journey. It is true, but so is our life of sin, and that journey into sin may happen all at once, but in most cases, it takes time. One small bad nibble after another. If we persist in that journey into sin, then we will no longer even notice how far we have fallen.

The Wisdom of Sirach or Ecclesiasticus from the Apocrypha that we read stated:

If you choose, you can keep the commandments,
and to act faithfully is a matter of your own choice.
He has placed before you fire and water;
stretch out your hand for whichever you choose.
Before each person are life and death,
and whichever one chooses will be given.

You’re going to make 70 decisions today. Maybe you’re down to only 50 or so at this point. As you leave here, will those decisions lend themselves to your journey with God or a journey into sin? Whichever one you choose, will be given.