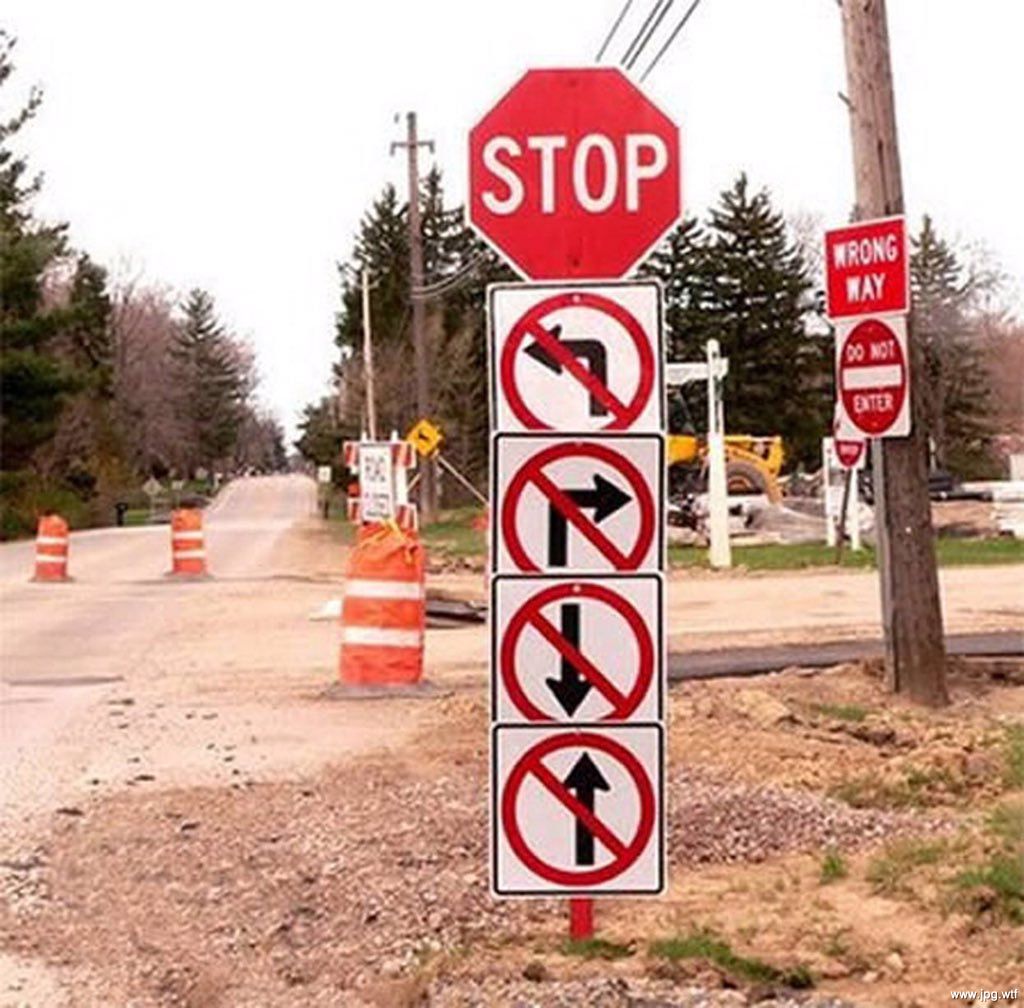 A lawyer purchased a box of 24 very expensive cigars, then insured them against, among other things, fire. Within a month he had smoked them all and without yet having made even his first premium payment on the insurance policy, filed a claim. He stated the cigars were lost ‘in a series of small fires.’ Obviously the insurance company refused to pay. The lawyer sued and won! The judge agreed that the lawsuit was frivolous, but stated nevertheless, the lawyer held a policy from the company, which it had warranted that the cigars were insurable and also guaranteed that it would insure them against fire, without defining what is considered to be unacceptable ‘fire’ and was obligated to pay the claim. Rather than endure lengthy and costly appeal process, the insurance company accepted the ruling and paid $15,000 to the lawyer for the cigars lost in the ‘fires’.

However, the lawyer’s celebration was brief. Immediately after he cashed the check, the insurance company had him arrested on 24 counts of arson! With his own insurance claim and testimony from the previous case being used against him, the lawyer was convicted of intentionally burning his insured property and was sentenced to 24 months in jail and a $24,000 fine.

Its those details, those little technicalities that will get you every time.

The woman we read about in our Gospel had been afflicted with a burden, she was completely stooped over. Why she is so crippled we are not told, except that it was inflicted by Satan.

Think on this woman or perhaps someone you know or even yourself, burdened with such a crippling affliction, whether physical, emotional, or spiritual. Something you’ve carried for many years, yet in a moment of inspiration you call on the Lord for relief – healing, renewal, restoration. Perhaps you use those words we read in our Psalm today:

Deliver me, my God, from the hand of the wicked,
from the clutches of the evildoer and the oppressor.

In all faith, full of hope you pray these words, and no sooner have you said, “Amen,” you hear a voice from heaven. Strange. It sounds like a recording: “Thanks for your prayer, but its the sabbath and we are closed. Please pray again tomorrow.” Click.

That may sound silly, but that is exactly what could have happened in our Gospel reading. According to the leader of the synagogue, Jesus should never have healed the woman on the sabbath. Why? Number four of the top ten commandments: “Remember the Sabbath day by keeping it holy. Six days you shall labor and do all your work, but the seventh day is a sabbath to the Lord your God. On it you shall not do any work.” Based on a technicality, Jesus should not have healed the woman. It was the sabbath.

The Law. Always the Law and its details? How demanding was it? A rabbi tells a parable. “A woman sold a field, and bought two sheep, to clothe herself her two daughters from their fleece, and to have profit from their young. When they bore their young, the priest came and, quoting the Law, said, `Give me the first-born.’ So she accepted the decision, and gave them to him. When the shearing time came, and she sheared them, the priest came and said, `Give me the first of the fleece of the sheep’ (Deut.18:4). Then she thought: `I cannot stand up against this man. I will slaughter the sheep and eat them.’ Then the priest came and said, `Give me the shoulder and the two cheeks and the stomach’ (Deut.18:3). Then she said, `Even when I have killed them I am not safe from you. Behold they shall be devoted.’ Then the priest said, `In that case they belong entirely to me’ (Num.18:14). He took them and went away and left her weeping with her two daughters.”

Umberto Eco wrote in The Prague Cemetery, “People are never so completely and enthusiastically evil as when they act out of religious conviction.” The Law itself was good, but in the hands of people with all its technicalities and addendum, it became a means, a weapon, used by the religious leaders to oppress the people. It controlled every aspect of their lives and took everything from them, but – and here’s the fun part – there were exceptions and ways to get around certain parts of it.

For example, take today’s issue: no working on the sabbath (and this will show how silly the interpretation of the Law could be). By interpreting the Law, it was determined that tying a knot was considered work. However, some things needed to be tied even on the sabbath. Tie your shoes, tie up your animal so that it doesn’t wander off, etc. So it was decided that you could tie a knot on the sabbath, as long as it was not a “permanent” knot. So, you could tie your shoes, that kind of knot comes undone with the pull of one string, but you couldn’t tie your shoes with a double knot, because that can’t be undone so easily. Boy Scout knots were definitely out!

Get the idea? There was the Law and its interpretation, all the technicalities, and there were exceptions built in, so that you could fudge a bit.

It is into this mentality of interpretation, technicalities, and exceptions with regard to the sabbath and work that the woman in our Gospel reading walked. You can tie a knot, but not a Boy Scout knot. You can’t do this, but you can if you do it this way. The religious leaders said, you can do all these things and more as long as they don’t violate the technicalities and meet the exceptions, but after 18 years of being sick, you a child of God and a daughter of Abraham, may not be healed, because it is the Sabbath! Come back tomorrow.

Jesus’ response, “Are you kiddin’ me?! Come over here and let me slap you.” Jesus said, “You hypocrites! Does not each of you on the sabbath untie his ox or his donkey from the manger, and lead it away to give it water? And ought not this woman, a daughter of Abraham whom Satan bound for eighteen long years, be set free from this bondage on the sabbath day?” You’ll make an exception so that your donkey can have a drink of water, but your legalistic approach to the Law won’t allow an exception so that this child of God can be healed. Are you stupid?

Question: Have things changed since the time or Jesus or can we still get caught up in technicalities and exceptions, all of that legalistic bickering? Jesus said, “All who call on the name of the Lord will be saved.” We believe that to be true for all… except maybe for those that cuss. They’re probably going to hell. Also the ones that dance, or get tattoos, or are divorced, or have a child out of wedlock, or drink, or skip church, or don’t read their Bible every day, or this, or that, or the other. Those that smell bad or look different from us are also highly suspect. With such technicalities, we can put into place a legalistic code of our own making, and deny others the healing and restoration that Jesus offers.

In The Ragamuffin Gospel, Brenan Manning wrote, “The God of the legalistic Christian… is often unpredictable, erratic, and capable of all manner of prejudices. When we view God this way, we feel compelled to engage in some sort of magic to appease Him. Sunday worship becomes a superstitious insurance policy against His whims. This God expects people to be perfect and to be in perpetual control of their feelings and thoughts. … The legalists can never live up to the expectations they project on God… The image of God as an omnipotent thug who brooks no human intervention creates a rigid lifestyle ruled by puritanical laws and dominated by fear.”

The Apostle Paul wrote, “You have not come to something that can be touched, a blazing fire, and darkness, and gloom, and a tempest, and the sound of a trumpet, and a voice whose words made the hearers beg that not another word be spoken to them…. But you have come to Mount Zion and to the city of the living God, the heavenly Jerusalem, and to innumerable angels in festal gathering, and to the assembly of the firstborn who are enrolled in heaven, and to God the judge of all, and to the spirits of the righteous made perfect, and to Jesus, the mediator of a new covenant.”

When a person comes to God, they do not come to some unpredictable, erratic, omnipotent thug of a god. Instead, they come to love, mercy, and grace. They come to Jesus. Our job as His disciples is to stay out of the way and most certainly not erect barriers to their passage. Leave the technicalities and legalism to lawyers who like to sue over cigars lost in “fires”. If those who come need healing of body, soul, or spirit, and if they need deliverance from sin, Jesus will touch them, just as he touched the woman; and he will do so with no technicalities or prerequisites, and he will heal all that is broken.

Let us pray: God, our Father, You redeemed us and made us Your children in Christ. Through Him You have saved us from death and given us Your Divine life of grace. By becoming more like Jesus on earth, may we come to share His glory in Heaven. Give us the peace of Your kingdom, which this world does not give. By Your loving care protect the good You have given us. Open our eyes to the wonders of Your Love that we may serve You with a willing heart. Amen.