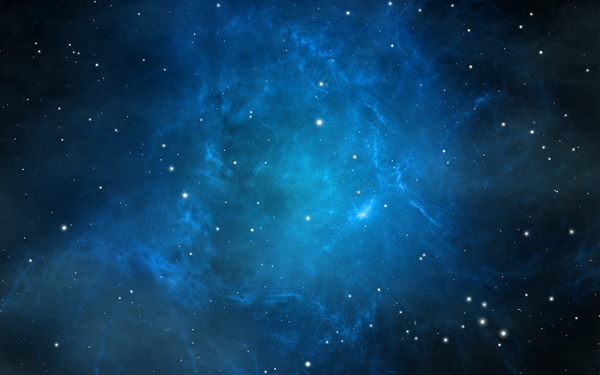 Sherlock Holmes and Dr. Watson go on a camping trip, set up their tent, and fall asleep. Some hours later, Holmes wakes his faithful friend.

“Watson, look up at the sky and tell me what you see.”

“What does that tell you?”

Holmes is silent for a moment, then speaks. “Watson, you idiot, someone has stolen our tent.”

David wrote in the Psalms, ”The fool has said in his heart, ‘There is no God.’” A quick look around the night sky will only confirm this. When I think on the vastness of the universe I can become overwhelmed.

In 1991 the movie Grand Canyon came out and during a scene one of the main characters talks about his trip to the Grand Canyon. In trying to explain its immensity he said, “Hey, you know what I felt like? I felt like a gnat that lands on the rear of a cow that’s chewing its cud next to the road that you ride by on at 70 miles an hour.” If that’s what the Grand Canyon can make a person feel like, then, when we consider all of creation, we should all just blink out of existence.

Even so, we are here. We are a part of the created, molded by the hand of God from the dust of the earth. That fact is enough to trip up many, but what can make us even more to shake our heads in disbelief is that not only did God create you, He chose you. He chose you even before the firmament hovered over the darkness of the deep. The Psalmist declares, “For he chose us in him before the creation of the world to be holy and blameless in his sight.”

Today, our Gospel reading tells us plainly, Jesus said, “You did not choose me but I chose you.”

This is rather extraordinary. That statement eliminates any idea that we are random, simple blips in the cosmos, and points to the fact that we, individually, are intentional in the mind of God. He did not create humankind in general, but instead, He created you specifically. In His infinite mind and creativity, He formed you just as you are and chose you to serve His purposes. Some of you may be saying, “Well, He could have made me a bit more Brad Pitt-ish or Scarlett Johannson-ish”, but our God is not concerned with human standards of beauty. He is concerned only with the beauty of your soul.

Many of you probably already know this, but St. Julian of Norwich, the Saint whom our chapel is named after wrote of a vision she had concerning all that is created: “God showed me something small, no bigger than a hazelnut, lying in the palm of my hand… I was amazed that it could last, for I thought that because of its littleness it would suddenly have fallen into nothing. And I was answered in my understanding: It lasts and always will, because God loves it; and thus everything has being through the love of God. In this little thing I saw three properties. The first is that God made it, the second is that God loves it, the third is that God preserves it.”

Julian saw all of creation placed in the palm of her hand and she understood that it is all made by God, is loved by God, and is preserved by God; and you were chosen for it and are a part of it.

To be chosen is to be one who is supported by the right hand of God.

To be chosen is to be one under the new covenant, sealed with the blood of Christ.

To be chosen is to be the abode of God, for as Jesus says, “Those who love me will keep my word, and my Father will love them, and we will come to them and make our home with them.”

To be chosen is to have your joy made complete in the person of Jesus.

What does this chosen-ness give you? Freedom.

Freedom from the hands of your enemies and the enemies of God. Freedom to serve Him all the days of your life in holiness and righteousness. Freedom to be the person He created you to be.

You are not a gnat on the backside of some cow. In the words of Peter, you are “a chosen race, a royal priesthood, a holy nation, God’s own people.” In that capacity, St. Josemaría Escrivá, the founder of Opus Dei tells us, “Don’t let your life be barren. Be useful. Make yourself felt. Shine forth with the torch of your faith and your love…. And set aflame all the ways of the earth with the fire of Christ that you bear in your heart.”

That’s who you are as God’s chosen people, that is your mission, so what is stopping you from owning that life for yourself?

The first time I heard the following quote was in the movie Coach Carter. It has been wrongly attributed to Nelson Mandela, perhaps because it is also included in the movie Invictus. However, it is rightly attributed to Marianne Williamson. She writes, “Our deepest fear is not that we are inadequate. Our deepest fear is that we are powerful beyond measure. It is our light, not our darkness that most frightens us. We ask ourselves, Who am I to be brilliant, gorgeous, talented, and fabulous? Actually, who are you not to be? You are a child of God. Your playing small does not serve the world. There is nothing enlightened about shrinking so that other people will not feel insecure around you. We are all meant to shine, as children do. We were born to make manifest the glory of God that is within us. It is not just in some of us; it is in everyone and as we let our own light shine, we unconsciously give others permission to do the same. As we are liberated from our own fear, our presence automatically liberates others.”

“Fr. John is just giving us a pep talk this morning. He obviously wants someone to shout, ‘Amen!,” and then he’ll pat us on the head and send us on our way home, back to our lives in the real world. It’s nice to think about being chosen and setting the world on fire while I’m sitting in church, but he doesn’t honestly believe that’s how the world works, does he? If he does, then he’s out of touch with reality.”

The story of David, the one who slew Goliath, may seem like a child’s bedtime story, but it has many lessons for us. The Lord was looking for someone to replace Saul, the first king of Israel. He sent his prophet Samuel to Bethlehem where he would meet Jesse. Jesse had eight sons, and the Lord told Samuel that one of these would be chosen as the next king.

Jesse’s sons were big, strong, and good looking. As the first son passed before Samuel, he thought, “Surely the Lord’s anointed stands here before the Lord.” But the Lord responded, “Do not look on his appearance or on the height of his stature, because I have rejected him; for the Lord does not see as mortals see; they look on the outward appearance, but the Lord looks on the heart.” With each of the next six, Samuel said, “The Lord has not chosen this one.”

Finally, there was only one remaining, the youngest, the one they didn’t even bother to call, because he was still a weak child only fit for tending the sheep. Yet, when this one was presented, the Lord said to Samuel, “Rise and anoint him; he is the one.”

This chosen one, who was initially considered unworthy, with his harp and voice went on to soothe the evil spirits that tormented Saul, he destroyed Goliath with a simple sling and stone, and rose in power to become the greatest king Israel has ever known.

Long after the death of David, a blind man was sitting on the side of a road when the crowd began stirring and shouting around him. He asked what is going on, “They told him, ‘Jesus of Nazareth is passing by.’  Then he shouted, ‘Jesus, Son of David, have mercy on me!’”

At the end of John’s revelation, John saw and heard Jesus say to him, “I am the root and the descendant of David, the bright morning star.”

Chosen. A scrawny little kid, only good for tending sheep, yet even at the end of days, he – David – is remembered and named by the Savior of us all.

All of our excuses for not living into the life that God has created and chosen us for are rejected.

This isn’t just a Sunday morning pep talk and “No,” I haven’t lost touch with reality. I am as serious as I can be when I say to you: You are the chosen of God, and should you opt to live out that chosen-ness – should you choose to accept this mission – you will reveal the fullness and the beauty of God’s creation and His glory throughout this dark world, you will inspire others to do the same, and you will be called friend of Jesus – child of God Most High.

Set aside your excuses, your fears, and whatever else is holding you back, and live as the chosen of God; and on the last day the Lord will say to you, “Come, you that are blessed by my Father, inherit the kingdom prepared for you from the foundation of the world.”