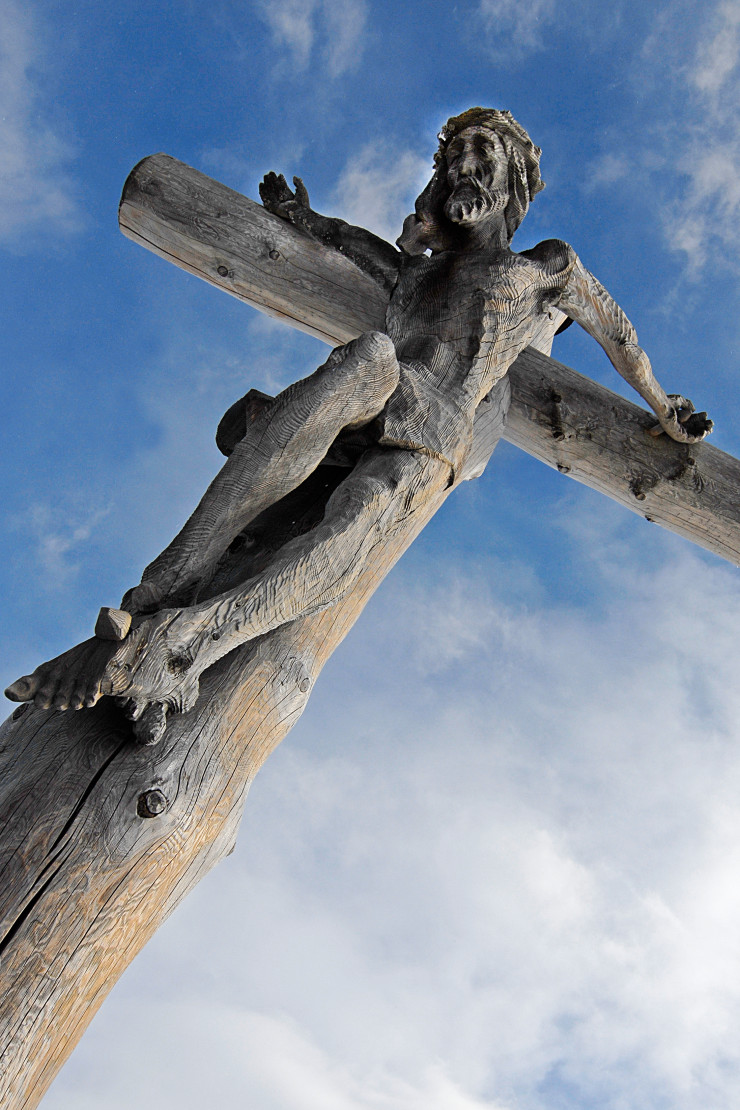 Pilate said to the Jews, “Here is your King!” They cried out, “Away with him! Away with him! Crucify him!” Pilate asked them, “Shall I crucify your King?” The chief priests answered, “We have no king but the emperor.” So the soldiers took him to be crucified. It took Jesus six hours to die, then he breathed his last.

All this time, the people were gathered around or passing by. Yes, there were a few followers, but mostly it was the soldiers, the religious leaders, and those who had called out, “Crucify him!” Thomas à Kempis speaks to this mass of unbelievers:

O you hard-hearted people, you are neither appeased by the victim’s suffering, nor are you persuaded by the unusual prodigies at his death. You, who once asked for signs from heaven, are deaf and blind. But now you must see and listen. Signs certainly appeared in the heavens above and on the earth below. The elements of this earth are Christ’s servants, and at the hour of his demise they all went into mourning, while you wretches laughed. The sun went dark at noon, so as not to witness his death, and the earth quaked fearfully, because it could not calmly tolerate the injury done to God. Rocks were torn asunder and with loud voices they mourned their Creator.

“All creation wept. Christ was upon the Cross.”

On that day, there were two very distinct groups gathered around the cross. Today, we are this latter group – listening, touching, hoping – we are this group and we weep with all of creation. The King of Heaven and Earth has been crucified… but we are still hoping.