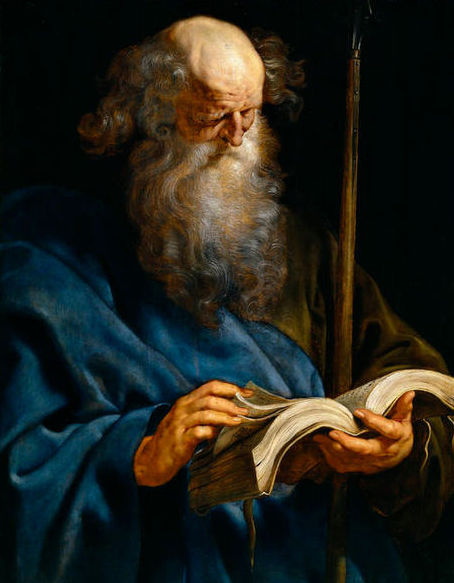 The Apostle Thomas appears several times in John’s Gospel, but what happens to him after the Ascension of Jesus is unclear. It is however believed that he went to India, for there is the Mar Thoma Church (St. Thomas), which claims its roots in the missionary work of Thomas. The Mar Thoma Church has over a million members worldwide and there is even one located near Oklahoma City in Bethany.

Although the lives of the Apostles following Jesus’ Ascension were different, I suspect they were quite similar in the ways they suffered for the sake of the Gospel. One of the accounts of this suffering comes to us from St. Paul and his second letter to the Corinthians. He writes to them of the trials he has experienced:

Shortly afterwards he writes, “I am content with weaknesses, insults, hardships, persecutions, and calamities for the sake of Christ; for whenever I am weak, then I am strong.” Paul endured all these things, but rejoiced and kept going. I cannot say for certain, but I suspect that the Apostle Thomas also endured similar trials, but he also kept going. What kind of life is that?

Think of this: in 2015, the average lineman in the NFL was 6 feet 5 inches tall and weighed 315 pounds. One of the greatest running backs in history was Emmitt Smith. He was 5 foot 9 inches tall and weighed 216 pounds. The linemen had almost a foot on him in height and 100 pounds. Yet, during his career, Emmitt was able to rush for a total of 18,355 yards against those big ol’ boys. Do a little math and you’ll see that Emmitt rushed for 10.4 miles! Impressive, but what is even more impressive is the fact that he did it averaging only 4.3 yards per carry. In other words, every 13 feet Emmitt ran, he was clobbered by a 6 foot 5 inch, 315 pound lineman, but he got up and did it time and time again.

Want to know what it was like to be an Apostle? To be a Thomas, Paul, Peter, Andrew… think of getting hammered on like Emmitt Smith, yet getting up and moving forward after each time, and you might catch a glimpse.

I suppose we all have days when our faith is weaker than others. When I begin to doubt, I think of these Apostles and ask, who in their right mind would endure so much, if it weren’t all true? I don’t believe you can keep up that kind of pretense if what you are proclaiming is a lie. Especially when you consider, in the end, these Apostles did not receive a Super Bowl ring. For his troubles, the Apostle Thomas was run through with a spear.

We can take our faith and our freedom to practice that faith for granted, so even as we are about to freely and joyfully celebrate the birth of our Savior, remember those who brought us the Good News through the many trials they endured.