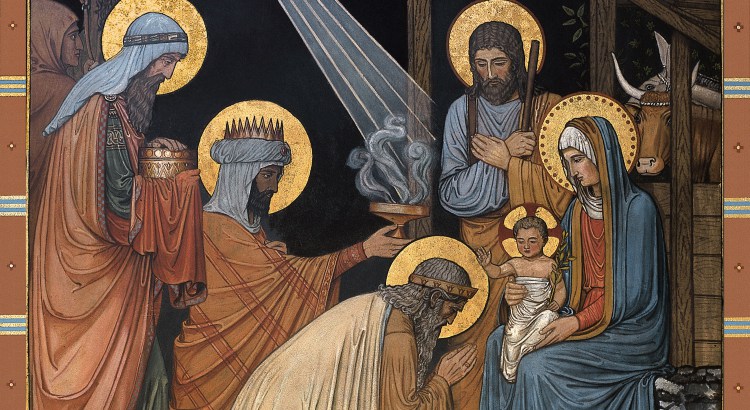 A traveling salesman reports: In a small Southern town there was a nativity scene that indicated great skill and talent in its creation. One small feature bothered me though. The three wise men were wearing firemen’s helmets. Totally unable to come up with a reason or explanation, I left. At a “Quik Stop” on the edge of town, I asked the lady behind the counter about the helmets. She exploded into a rage, yelling at me, “You darn Yankees never do read the Bible!” I assured her that I did, but simply couldn’t recall anything about firemen in the Bible. She jerked her Bible from behind the counter and ruffled through some pages, and finally jabbed her finger at a particular passage. Sticking it in my face she said, “See, it says right here, ‘The three wise men came from afar.’”

This story of the Epiphany – the coming of the Magi and the manifestation of God to the gentiles – has several key characters. Of course, there was Jesus, Mary, and Joseph, but we also have the wise men (the Magi), Herod, and the temple priest.

Many legends have built up around the three wise men: Gaspar, Melchior, and Balthasar, but truthfully we know little other than what scripture tells us. Speculation tells us they were most likely from Persia and were perhaps followers of Zoroastrianism, a religious sect that paid close attention to astrology. However, what is significant to the story is the fact that they were gentiles, non-Jews, who had come to worship Jesus.

Also present in the story are the temple priest. They were Jewish and they had been waiting on a Messiah for centuries, yet when the signs that scripture foretold are being fulfilled, they appear uninterested, perhaps thinking it was better to side with a known king, Herod, instead of gambling that some baby born in a feed trough could possibly be the long awaited Savior.

Finally, there was Herod, who in a nutshell, was a murderous and insanely suspicious ruler. He murdered his wife, mother in law, and three sons. The Roman Emperor Augustus said that it was safer to be Herod’s pig than his son. Herod wanted to find the newborn king, not so that he could worship him, but so that he could end him.

As for the Magi, when they entered the house, we are told that they did two things. First, they presented Jesus with gifts: gold, frankincense, and myrrh. Gold represents the Kingship of Jesus, frankincense is a symbol of his priesthood, and myrrh would be used to anoint his body when he was buried. Second, and the less obvious thing they did was to kneel when they arrived at the crib of Jesus. In Jewish and Roman culture, kneeling was considered very undignified, however, in the Persian culture it was a sign of great respect shown only toward a king. As an aside, it is believed that because the Magi knelt as a form of worship, the early Christian Church also took up the practice, which is why we kneel to pray today.

So, we have these three: wise men, temple priest, and Herod; those who worship, those who are indifferent, and those who are opposed. If you look at the world around you today, I think you will discover that these are still the same general reactions to this child lying in a manger. Worship, indifference, opposition. So here is a question: of the three, what is your reaction to the child in the manger?

If I were to ask, “Who is like the Magi, coming to worship?” every hand in the room would shoot up. If I were to ask on the other two options, no one would raise their hand, but do you want to know a secret? In their hearts, they would. In your heart, you probably would too.

In the closing verses of John’s Revelation, Jesus says, “I am the root and the descendant of David, the bright morning star.” On those other days, when we find our self indifferent or even in opposition to God, then like the Magi, we must reorient ourselves and seek the Bright Morning Star, we must seek Jesus and follow him.