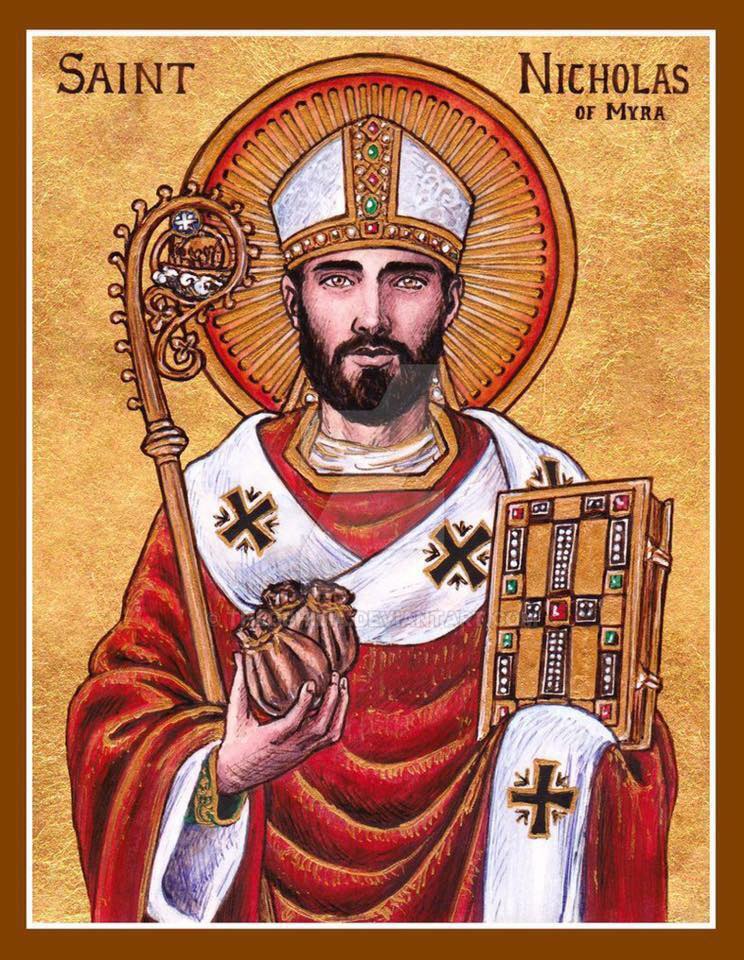 I thought for today I should have a five year old come preach for me, for they can probably tell us more about St. Nicholas (a.k.a. St. Nick and Santa Claus) than I could. We know that he suffered under the persecution of Emperor Diocletian, that he was most likely one of the Bishops at the Council of Nicea in 325 where he supposedly boxed the ears of a heretic, and that he is the patron saint of sailors and – of course – children. The legends are fun. In one he saves the three daughters of a poor man from becoming prostitutes by providing their dowry; and in another he restores to life three children who had been killed and placed in a vat of brine. Neither or both may be true, but in either case, they likely point to certain truths about the character of this now jolly-red-suit-with-white-fur-trim-clad saint: he showed great compassion for those in need and was called to serve the dispossessed.

These, the needy and the dispossessed, are often the ones that we would like to look past. Even as the Church, good Christian people, we often find it difficult to look to the sufferings of others, because we spend so much of our time looking in. Self-preservation, self-examination, these are instinct and good practice, but they can lead to self-consumption.

For example, think of the selfie (a picture you take of yourself). In the past, you would have to stand in front of a mirror to take a picture of yourself, but the selfie has become so important to our culture that the smartphone manufacturers now make cameras that face outward, as well as, in. The selfie can be fun, but sometimes it would seem that our lives are consumed with selfies as we do nothing but look in. What’s it got to do with me? How do I fit in? How will I benefit? In the process, we no longer look out on the world and see its needs.

The world is the ground of God’s unfathomable love and we, like St. Nicholas, can be the conduits of that love, by seeing – not the needy and dispossessed – but instead by seeing the objects of God’s love.

In the time of Jesus, the children were the needy and dispossessed. They could not work or provide for themselves, yet Jesus said to his disciples who tried to prevent these children from coming to him, “Let the little children come to me; do not stop them; for it is to such as these that the kingdom of God belongs.” We must be wise in our dealings with the world, but we must not become so calloused or self-consumed that we are the ones preventing the children from approaching Jesus; or from approaching us, so that we might point them to the one who is Love.