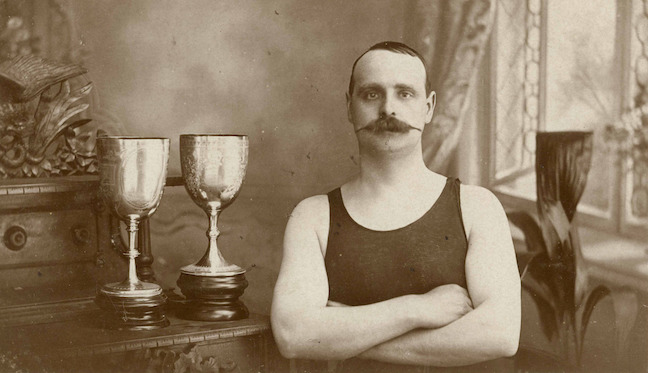 A young man tells of the summer he spent in a monastery during which he had a series of conversations with an old monk. One day he asked the old monk: “Father, do you still do battle with the devil?”  The old monk replied: “No, I used to, when I was younger, but now I have grown old and tired and the devil has grown old and tired with me. I leave him alone and he leaves me alone.” “So your life is easy then?” remarked the young man. “Oh no,” replied the monk, “it’s much worse, now I wrestle with God!”

Wrestling with God has a long history. Abraham wrestled with God when they discussed the punishment God intended to pour out on Sodom and Gomorrah. Jacob / Israel wrestled with God and came away from it with a bum hip. Moses wrestled with God on behalf of the disobedient Israelites. Jonah we know was swallowed by a big fish when he decided to tangle with the Almighty. On and on the list can go. I wrestled with God and still ended up a priest. And I’m sure you’ve had a few matches with him as well.

Our Gospel today is speaking to us about wrestling with God in prayer. There is the unjust judge. He is described as a man with no care except for himself. He cares nothing for God or the people who have been placed in his jurisdiction. Most likely, if you want him to rule in your favor, you’re going to have pay him a bribe. Also, in the parable, is the widow. She has been wronged in some way and has come to the judge so that she might be vindicated. The judge refuses to rule in the case, but this does not deter the widow from repeatedly coming and pleading her case. Eventually the judge says to himself, “If I don’t do what this widow is asking, she going to drive me up the wall with all her nagging”; therefore, he is forced to make a ruling because of the constant pressure she was placing on him.

Through the parable, Jesus is saying, “If this widow could change the mind of the unjust judge simply by coming to him time and time again, how much more will your Father in Heaven, who loves you, here the prayers of his people. Jesus says, “Will he delay long in helping them? I tell you, he will quickly grant justice to them.” As I studied this lesson, I kept coming back to that sentence: God will quickly grant justice, will quickly answer our prayers. Does He? I don’t know if you’ve ever experienced this, but have you ever prayed and not received an answer? I’m not talking about praying to win the lottery or get a date with Scarlett Johansson, nothing like that. I’m talking about praying for something that was truly a burden on your heart. Someone was sick or a relationship or a job? Something that really meant a great deal, only to get silence from above and no answer to the prayer? Night after night, day after day, you wrestle with God, but end up with no results? Everybody nod your head.

Jesus makes some interesting statements with regard to prayer. “Which of you, if your son asks for bread, will give him a stone?  Or if he asks for a fish, will give him a snake?  If you, then, though you are evil, know how to give good gifts to your children, how much more will your Father in heaven give good gifts to those who ask him!” “Truly I tell you that if two of you on earth agree about anything they ask for, it will be done for them by my Father in heaven.” “I will do whatever you ask in my name, so that the Father may be glorified in the Son.  You may ask me for anything in my name, and I will do it.” I can possibly understand why I wouldn’t get the date with Scarlett, but what about a mother with sick child? What about a mother who gave birth to a beautiful little girl only to discover that the child was born with cancer? Cancer running all through its body. And what if that mother prayed with all her heart for that child to be healed, but before the little girl reached her first birthday, she died? Jesus said, “Ask for anything and I will do it,” so why didn’t he heal the little girl? What are we to conclude? Did Jesus not mean what he said? Let’s look a little closer at this mom and her daughter.

Did I mention that the mom got pregnant outside of marriage? The child was “conceived in sin,” so shouldn’t we really expect the child to be sick? Is there any reason why God should listen to the mom’s prayers? After all, she is a sinner. There’s one possible reason the baby wasn’t healed.

You know Jesus says, “If you have faith as small as a mustard seed, you can say to this mountain, ‘Move from here to there,’ and it will move. Nothing will be impossible for you.” So possibly the mother just didn’t have enough faith and that’s why the baby died.

Possibly the mom didn’t add “in Jesus name” to the end of her prayers, so of course we can’t expect God to answer that prayer.

Or did you notice the baby’s skin was much darker than her mother’s, a clear sign that the father was a different race? Well, we all know that can only end in sickness and God not hearing the prayers.

Now, you may be looking at me with disgust and thinking no one would ever say such things and that I’m a monster for even thinking them, but what if I were to tell you that these are comments that I’ve actually heard in very similar situations. I think they are all disgusting, completely erroneous, unfounded, and unbiblical. So if I’m right and these explanations to the question are wrong, then why is it that God does not answer prayers like we understand him to say that he will?

I’m not smart enough to come up with an answer to this problem, but C.S. Lewis asked this same question. I would like to share with you his answer so that you will have the benefit of such great wisdom. After investigating the problem of God not answering prayers when he says that he will, C.S. Lewis writes, “I have no answer… I have no answer to my problem, though I have taken it to about every Christian I know, learned or simple, lay or clerical, within my communion and without.” I have no answer, and I doubt very seriously that was the answer you were looking for this morning. So where does it leave us? It leaves us with Jesus, the Cross, and faithfulness.

On the night before he was crucified, Jesus wrestled with God. In his humanity, Jesus prayed, “My Father, if it is possible may this cup be taken from me.” In his faithfulness he added, “Yet not as I will, but as you will.” The will of God can be inscrutable, impossible to understand, but it is perfect. In our suffering, the will of God can be painful, yet we must remember “that in all things God works for the good of those who love him”; which can mean that even though God’s will may bring suffering now, the good that God is working is bringing to perfection things eternal. The Psalmist’s words are true:

Therefore, we must remain unwavering in our faithfulness and prayers, we must continue to wrestle with God even when there is no response, or we believe him not to be answering. Why? Because the parable asks a final question: “When the Son of Man comes, will he find faith on earth?” When the Son of Man comes, will he find us faithful even when there is nothing but silence from heaven above? Which is another way of asking if we will be found carrying our cross and following Him? For even in his great suffering upon his cross, Jesus was faithful in the work his Father had called him to. He proclaimed the Good News to the thief and He prayed, even for his enemies: “Father forgive them…” He placed his faith, his life, and his very soul in the Father’s loving hands: “Father, into your hands I commend my spirit.” It will not be easy, but it is no joke when we say that Christianity is not for sissies, but even in the midst of our greatest trials, we are called to do the same.

Wrestle with God, but regardless of the outcome, remain faithful, and place your life and your soul into the hands of our loving Father, knowing that He who says, “Behold, I make all things new,” will redeem it all.

Let us pray: Lord, we pray for the grace and the strength to remain faithful to Your teachings and to the sacramental life of the Church. Help us to persevere in the commitments and promises we have made to You. Help us to place love of God and service to Him before all else and help us to bring selfless love to our brothers and sisters in Christ. In His name we pray. Amen.