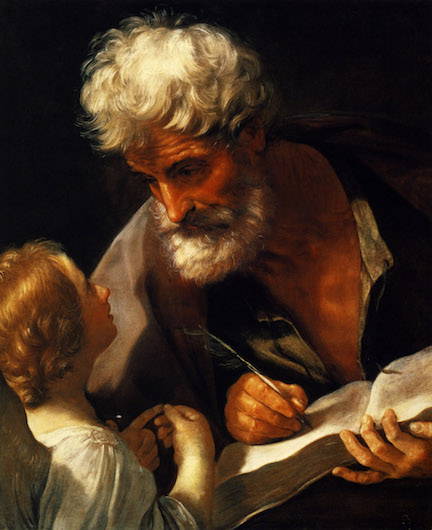 I suppose that there are a few perfect families, but I also suspect that there are varying degrees of dysfunction in every family. It might not be out right insanity, but there’s probably enough to keep things interesting. However, I read of one family that may win the prize: the Donohoe family. The level of dysfunction is clearly seen in the last will and testament of the father. It reads, “Unto my two daughters, Frances Marie and Denise Victoria, by reason of their unfilial attitude toward a doting father, . . . I leave the sum of $1.00 to each and a father’s curse. May their lives be fraught with misery, unhappiness, and poignant sorrow. May their deaths be soon and of a lingering malignant and torturous nature.” The last line will make you truly appreciate your dysfunctional family and make them appear to be saints. Mr. Donohoe concludes with his daughters inheritance by stating, “May their souls rest in hell and suffer the torments of the condemned for eternity.”

George Carlin, “The very existence of flamethrowers proves that sometime, somewhere, someone said to themselves, ‘You know, I want to set those people over there on fire, but I’m just not close enough to get the job done.” Our Mr. Donohoe had no need for a flamethrower, for he was capable of setting his daughters on fire with his words, even from the grave.

The state of national politics these days has caused this same intensity of hatred (and I would say, dysfunction) to boil up in some. So, please do not shout the name aloud!, we want to keep it civil in here, but I want you to consider the one you dislike the most. Think of it like the Grinch as he was looking at the names in the phone book of the citizens of Whooville, “Hate, hate, hate, double hate, LOATHE entirely.” Pretty much just makes you mad to think about them. Would definitely like to give them a piece of your mind. Got it? The way you feel about that person is the way the people in the time of Jesus felt about our patron saint – Matthew; although, at the time, he was called Levi.

I always had this picture of Levi/Matthew sitting at a table, by himself, and the people would come up to him and pay their taxes when they came due. I was wrong.

As we know, during the time of Jesus, the Romans were occupying the Holy Land; therefore, they claimed the right to tax the people. In order to collect the taxes, the Roman senate appointed wealthy citizens to manage specific areas of collection. The Roman citizens would then hire managers over the area, who would then hire local individuals who spoke the language to collect the taxes. The locals were called “publicani” or tax collectors. The rule these tax collectors worked under appears to have been, “Tax everything.” And they were creative. There were taxes “on axles, wheels, pack animals, pedestrians, roads, highways; on admission to markets; on carriers, bridges, ships, and quays; on crossing rivers, on dams, on licenses—in short, on such a variety of objects that even the research of modern scholars has not been able to identify all the names.” In addition, everyone from the Roman government to the publicans wanted a little extra piece of the action, so the publicans cheated their own people and charged extra.

Matthew, known in one translation as “The Lord of the Passage,” was in Capernaum, which was a good location to collect taxes. He would have been able to tax people traveling on the roads around the Sea of Galilee, the farmers, the fishermen, and those who were coming up on the boats. Thus, he would have been loathed entirely by both Jews and Gentiles. One source states that he would not have even been allowed to go to Temple and that highly religious Jews would be considered unclean if they so much as touched him.

The building – think toll booth – he worked in would have been a busy place, with Roman guards and soldiers hanging about (seeing to it that everyone paid and that no one tried to rob the place) and a queue of folks waiting to pay. The mood: hostile and depressed – and there sits Levi, not caring what you think about paying taxes or what you think about him. Yell, cry, cuss – whatever you please. You’re going to pay and he doesn’t care. At the end of the day, he’s going home with a fat wallet. Yet, “As Jesus was walking along, he saw a man called Matthew sitting at the tax booth; and he said to him, ‘Follow me.’ And he got up and followed him.”

There are some folks that you can yell and cuss all day long and it doesn’t seem to effect them one little bit. Like water off a duck’s back. However, for most, it may not effect them too much at first, but over time it begins to wear on you. Just ask anyone who has ever been in an abusive relationship. Over time, you begin to believe every word. So I have to wonder, even with the job and the money, do you think its possible that Matthew hated himself just as much as the people hated him? It wasn’t some pity party, but I wonder if he believed that he had no real value, no real friends, no real life; that he really was nothing more than the names the people called him.

But I am a worm and not a man,
scorned by everyone, despised by the people.
All who see me mock me;
they hurl insults, shaking their heads.

The Gospel is silent, but I have to wonder: when Jesus walked by did he catch Matthew’s eyes? And in Jesus’ eyes did Matthew see it all, everything he truly wanted, acceptance and value; and in those two words, “Follow me,” did Matthew hear Love call out to him?

The Blessed Virgin Mary. In Luke’s Gospel we learn that when Mary discovered she was with child, she went to see her cousin Elizabeth. Upon entering Elizabeth’s house, Mary greeted her. Scripture says, “When Elizabeth heard Mary’s greeting, the child leaped in her womb. And Elizabeth was filled with the Holy Spirit and exclaimed with a loud cry, ‘Blessed are you among women, and blessed is the fruit of your womb.  And why has this happened to me, that the mother of my Lord comes to me?  For as soon as I heard the sound of your greeting, the child in my womb leaped for joy.’”

Elizabeth’s son, John the Baptist, heard the greeting of Mary and knew that Jesus was near, and so he responded with joy by leaping in the womb. I wonder, if in a similar manner, when Matthew heard the voice of Jesus, “Follow me,” did his soul leap for joy within him?

In a message this past week, Presiding Bishop Michael Curry said, “When you look at Jesus you see one who is loving, one who is liberating, and one who is life-giving.” That is true when you see him and it is true when you hear him. Matthew was loved by God, he was liberated from those things that bound him, and he was given new life in Jesus. He saw, he heard, his soul leapt within him, he followed, and became a saint of God. If you will look up into the face of Jesus, listen to his voice, and follow Him, He will do the same for you. And not only will he make you a saint, but He will make you a child of God Most High.

Let us pray: O Glorious St. Matthew, in your Gospel you portray Jesus as the longed-for Messiah who fulfilled the Prophets of the Old Covenant and as the new Lawgiver who founded a Church of the New Covenant. Obtain for us the grace to see Jesus living in his Church and to follow his teachings in our lives on earth so that we may live forever with him in heaven. Amen.