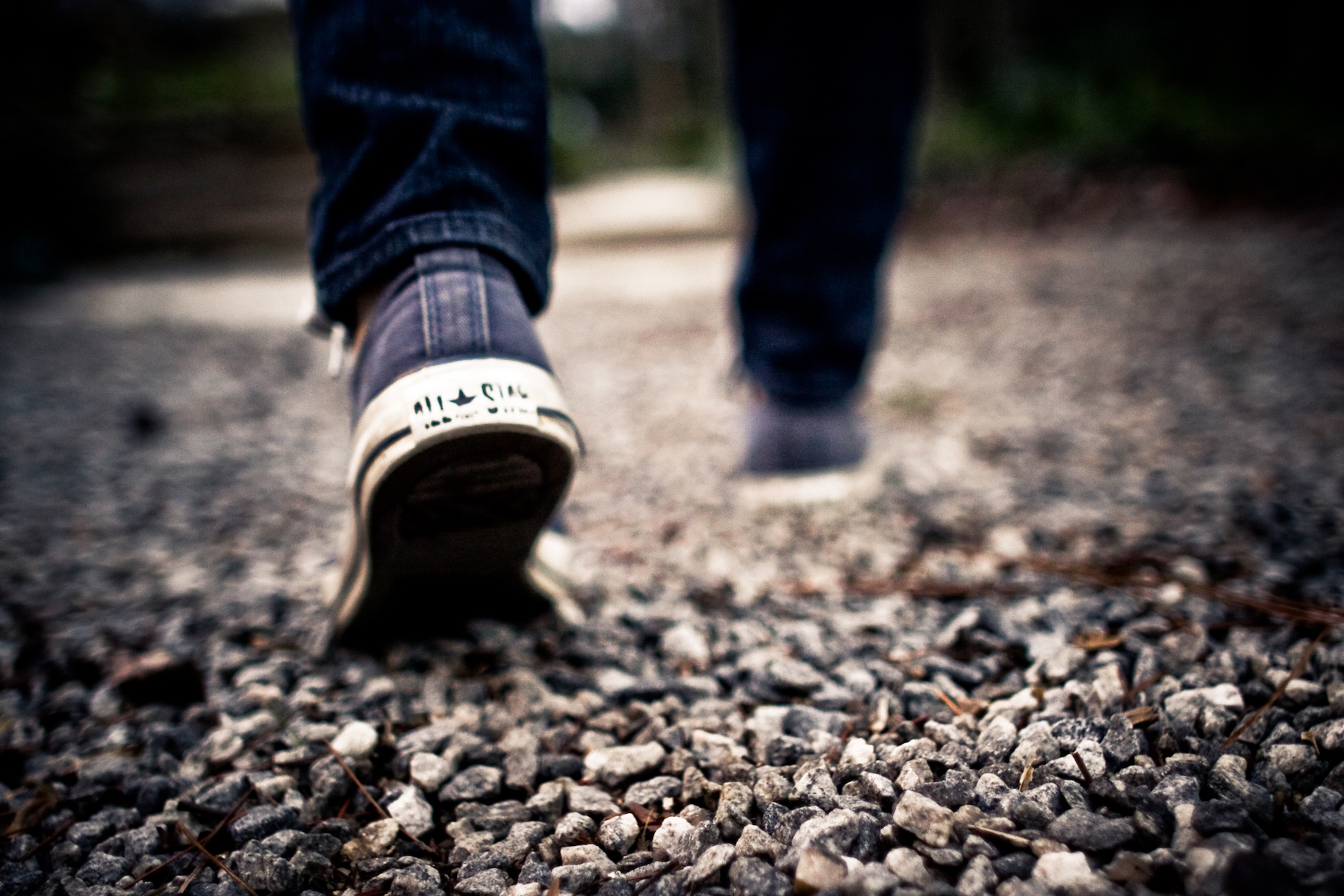 Following his resurrection, Jesus appeared to his disciples on a number of occasions. Towards the end of Luke’s Gospel we hear of the disciples on the road to Emmaus:

Now that same day two of them were going to a village called Emmaus, about seven miles from Jerusalem.  They were talking with each other about everything that had happened.  As they talked and discussed these things with each other, Jesus himself came up and walked along with them; but they were kept from recognizing him.  He asked them, “What are you discussing together as you walk along?”

Later, in the Acts of the Apostles, we know that Jesus appeared to Paul as he was on the road to Damascus:

“Saul, Saul, why do you persecute me?”

“I am Jesus, whom you are persecuting,” he replied.  “Now get up and go into the city, and you will be told what you must do.”

The men traveling with Saul stood there speechless; they heard the sound but did not see anyone.  Saul got up from the ground, but when he opened his eyes he could see nothing.

The Gospels tell of a number of times that Jesus appeared to Peter. Today we read of him being restored. There is also a legend that has Jesus appearing to Peter many years later.

Peter had eventually made his way to Rome and after a time, one of the persecutions of the Christian church began. The legend picks up:

His friends, so runs the story, had entreated the Apostle to save his life by leaving the city. Peter at last consented, but on condition that he should go away alone. But when he wished to pass the gate of the city, he saw Christ meeting him. Falling down in adoration he says to Him ‘Lord, whither goest Thou?’ And Christ replied to him ‘I am coming to Rome to be again crucified.’ And Peter says to Him ‘Lord, wilt Thou again be crucified?’ And the Lord said to him ‘Even so, I will again be crucified.’ Peter said to Him ‘Lord, I will return and will follow Thee.’ And with these words the Lord ascended into Heaven.

The encounter on the road out of Rome gave Peter the courage he needed to return to Rome and face his own death, which Jesus also spoke of in our Gospel: “When you grow old, you will stretch out your hands, and someone else will fasten a belt around you and take you where you do not wish to go.” You will stretch out your hands – you will be crucified.

Today (I don’t suppose you would call this sermon) I have a question for you. Three different encounters and three different roads. Jesus asked, “What are you discussing together as you walk along?” Jesus asked, “Saul, Saul, why do you persecute me?” Jesus said, “I am coming to Rome to be again crucified.”

Now imagine if you will: you are by yourself walking down an old dirt road in Oklahoma. It is pleasantly warm, the sun is beginning to set, you are at peace, and simply enjoying your time, when you encounter Jesus. You say a little prayer: “Speak, Lord, for your servant is listening.”

What does Jesus ask you? What does he say?