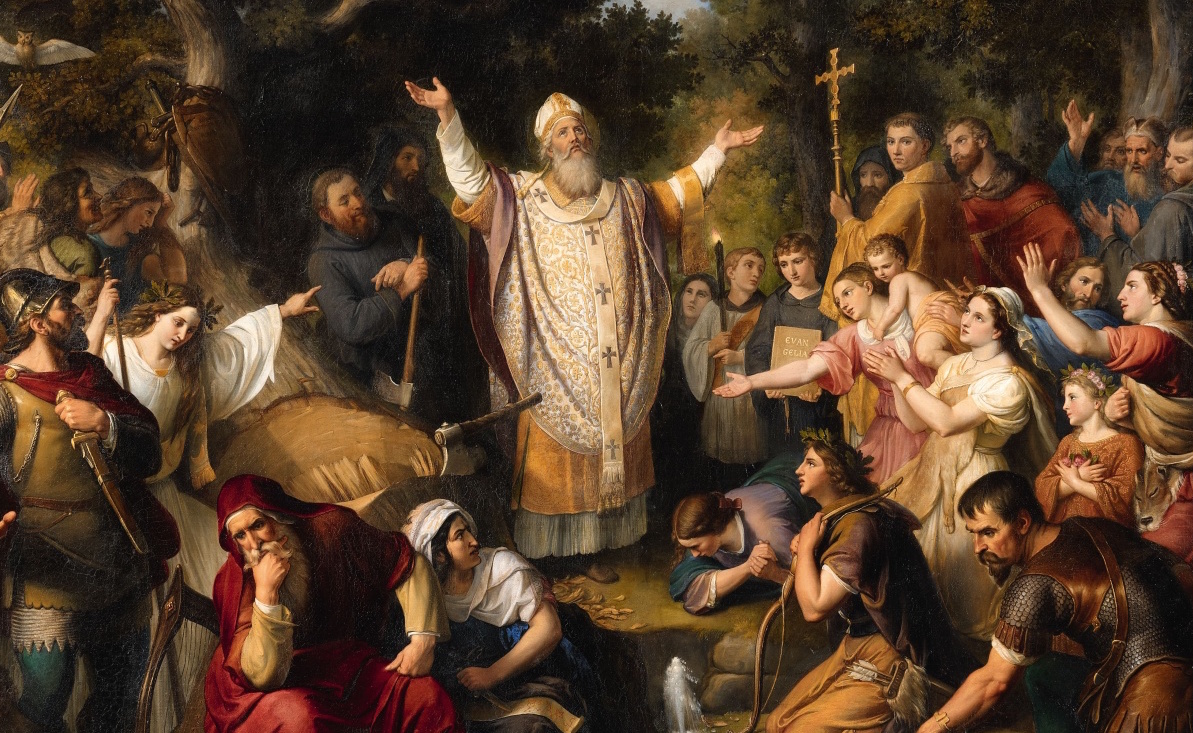 A priest and a pastor from the local churches are standing by the road, pounding a sign into the ground, that reads: The End is Near! Turn Yourself Around Now Before it’s Too Late! As a car sped past them, the driver yelled, “Leave us alone, you Religious nuts!” From the curve they heard screeching tires and a big splash. The priest turns to the pastor and asks, “Do you think the sign should just say ‘Bridge Out’?”

Perhaps they should change it to “Bridge Out,” but those heading off into the river can’t say they weren’t warned.

The Prophet Ezekiel, you may remember him from a few Sundays ago, was sent to the Israelites to warn them of the results should they not repent of the evil they were committing and return to the Lord. By setting Ezekiel in this role of prophet, the Lord was making Ezekiel a watchman over the people. As a watchman, Ezekiel was responsible for communicating to the people God’s message. Failure to communicate this message would make Ezekiel guilty of sin.

The Lord said to him, “If I say to the wicked, ‘You shall surely die,’ and you give them no warning, or speak to warn the wicked from their wicked way, in order to save their life, those wicked persons shall die for their iniquity; but their blood I will require at your hand.” The opposite was also true, “But if you warn the wicked, and they do not turn from their wickedness, or from their wicked way, they shall die for their iniquity; but you will have saved your life.” Essentially, if Ezekiel failed to communicate God’s warning to the people, Ezekiel would be guilty of murder for failing to tell the people how they could live.

It is this understanding of the role of the prophet that Paul was citing in our first reading today from the Acts of the Apostles. Paul said, at every opportunity presented, since I’ve been with you, “I testified to both Jews and Greeks about repentance toward God and faith toward our Lord Jesus.” He goes on to say, “Therefore I declare to you this day that I am not responsible for the blood of any of you, for I did not shrink from declaring to you the whole purpose of God.” Like Ezekiel, he did the job God had called him to. They have been warned and it is now up to them to follow the Lord.

This commitment to fulfill God’s calling by delivering the message of salvation is one that continued with Boniface, who we celebrate today.

During the fifth century, the barbarian tribes overran most of Europe. Not only did this put the Roman Empire out of business in that area, but also the Church, as the conquering armies established their own pagan religions. However, over time, the Church would return. How? Some of you may recall from last week that it was Augustine, a missionary from Europe, who in 597 firmly established Christianity in England. Well, in 716, Boniface, the fruit of Augustine’s mission work, a Benedictine monk, and English priest went on a mission to barbarian Europe in Frisia – now Holland and Belgium – to reestablish Christianity in Europe following the barbarian invasion. Boniface was successful and would later be named the Archbishop. He would be martyred in there year 754 while preparing for the Confirmation of a thousand of his converts.

Just prior to His ascension, Jesus told his apostles that “repentance and forgiveness of sins is to be proclaimed in his name to all nations, beginning from Jerusalem.” This was the commission that Boniface heard and fulfilled in his work in Europe. Their blood was not on his hands. However, this commission did not end with Boniface. It is one that has been passed on to us. Like Paul, like Boniface, like so many others, we have a responsibility to be the prophets in our own time, by speaking the word of God to the world around us.

The Lord will provide you with many opportunities to share the Good News. When he does, consider Boniface and boldly declare the faith that is in you.