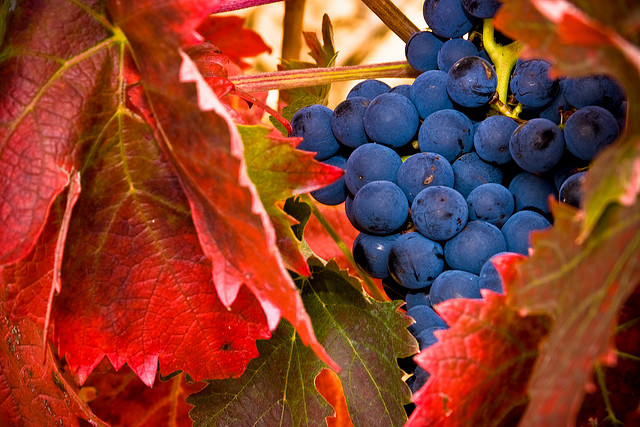 A very young management consultant had an interview with the president of large corporation. The young woman had been recommended to him by one of his employees who had seen the consultants work and thought she had something to offer. The young woman was nervous. At that stage in her career, it wasn’t very often that she got to talk to the president of a company. The appointment was at 10:00 a.m., for one hour. She arrived early. Promptly at 10, she was ushered into a large and airy room, with furniture upholstered in bright yellow. The president had his shirtsleeves rolled up and a mean look on his face, ”You’ve only got 20 minutes,” he barked. The young woman sat there, not saying a word. “I said, you’ve only got 20 minutes.” Again, not a word. “Your time’s ticking away. Why aren’t you saying anything?” “They’re my 20 minutes,” the young woman replied, “I can do whatever I want with them.”

A few months ago I saw the movie “Lucy.” I enjoyed it enough that recently I went out and bought the BluRay. Aside from the fact that it has Scarlett Johansson in it (can I just say, “Huba huba!”) it is a really great film. The premise is based on the fact that humans only use about 10% of their brains. It then asked the question, “What if we use more?” This of course is played out in the life of Lucy, Scarlett Johansson.

In the movie, the groundwork for establishing the premise is laid out by Professor Norman, played by Morgan Freeman. One of the conclusions he draws as to why we humans use only 10% of our brains caught my attention. He stated, “We humans are more concerned with having than with being.”

This life that God has gifted you with is your 20 minutes. You are free to do with them whatever you like. So what are you going to use them for? Having or being?

One who is concerned with “being” is looking to be a disciple, one who is like Jesus, doing the things that he did. Sacrificing themselves.

Jesus said, “I am the vine, you are the branches. Those who abide in me and I in them bear much fruit, because apart from me you can do nothing…. If you abide in me, and my words abide in you, ask for whatever you wish, and it will be done for you. My Father is glorified by this, that you bear much fruit and become my disciples.”

In the time of Jesus and in Palestine, wine was the number one export, so grapes were one of the most important crops for sustaining the economy. Therefore, those that cared for the vineyards held important jobs, and the pruning of the vines was a very specialized skill. Its not like pruning a tree that we might have in our yard.

The plant is made of the trunk or vine. From the vine grow the branches and growing from the branches are what are known as canes, the long spindly parts of the plant. It is from the canes that the grapes grow. There is also new growth called renewal spurs, which will be the one year old canes next year. So why is pruning a grapevine so specialized?

Jesus says that he is the “true vine,” he is the trunk of the plant from where everything else grows and gets its life. God the Father is the vine grower, the one who prunes the plant. You and I are the branches. From us grow the canes that produce the fruit.

When God the Father prunes us, He is literally cutting out the old canes that produce no fruit and he is thinning out the excess, so that we will not be overburdened. In other words, God the Father is perfectly forming us to produce good fruit. But understand, when he prunes he is cutting out the canes, he is not lopping off the entire branch, unless it produces no canes that produce the fruit. If the branch does not produce fruit, then it is cut off and is “thrown into the fire, and burned.”

Back to the question: This life that God has gifted you with is your 20 minutes. You are free to do with them whatever you like. So what are you going to use them for? Having or being?

Having, self-serving, produces no fruit. Being, sacrificing ones self, living as a disciple of Jesus, produces much fruit.

Sitting in church on a Sunday morning, we all want to shout, “Being! I will be a disciple of Jesus.”

We all want to be a disciple of Jesus. We understand that this will require sacrifice on our part and we are prepared to do it, but then we hit something of a spiritual wall when the sacrifice becomes too great. Instead of freely giving of ourselves, we begin to quantify that giving. “I went to church this week. Twice! I’ve prayed every day. I’m tithing. I’ve helped those in need. Etc. I’ve produced some good fruit. Surely it’s enough.”

A young man found a beautiful pearl for sale in a shop. He says to the clerk, “I want this pearl. How much is it?”

“Do you think I could buy it?”

“Oh, of course, everyone can buy it.”

“But, didn’t you say it was very expensive?”

“Everything you have,” says the seller.

“Well, what do you have?” the seller wants to know. “Let’s write it down.”

“Well, I have ten thousand dollars in the bank.”

“Good- -ten thousand dollars. What else?”

“That’s fine. What else do you have?”

“Where do you live?” He’s still probing.

“The house, too, then.” He writes that down.

“You mean I have to live in my camper?”

“Both become mine, both cars. What else?”

“Well, you already have my money, my house, my camper, my cars. What more do you want?”

“Are you alone in this world?”

“Oh, yes, your wife and children, too. What else?”

“I have nothing left! I am left alone now.”

Suddenly the seller exclaims, “Oh, I almost forgot! You yourself, too! Everything becomes mine–wife, children, house, money, cars–and you too.”

Are you more interested in having or being a disciple? Jesus says, “I am the vine, you are the branches.” You are nothing without Jesus. You don’t even exist without him. Be the disciple he is calling you to be, sacrificing everything including your very life in order for Him to produce good fruit through you.

Believe it or not, I know what you’re thinking, “Fr. John, if I say ‘Yes,’ I’ll end up naked and alone in the world?”

At the end of the transaction, the seller of the pearl said to the young man who purchased it, “Now listen–I will allow you to use all these things for the time being. But don’t forget that they are mine, just as you are. And whenever I need any of them you must give them up, because now I am the owner.”

You’ll end up naked and alone? No. Jesus said, “Strive first for the kingdom of God and his righteousness, and all these things will be given to you as well.”